Patrick Glauner from the University of Luxembourg has been interviewed by science magazine New Scientist about his PhD project, where he is collaborating with industry to develop an AI algorithm to prevent electricity theft. 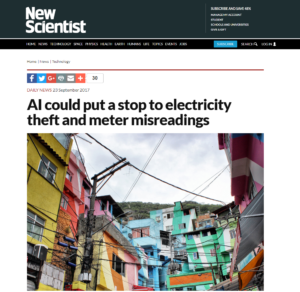 Patrick Glauner’s research is funded by the FNR via a grant from the AFR-PPP scheme, in which researchers can carry out their PhD or Postdoc project in collaboration with an industry partner. Patrick’s AFR-PPP, titled ‘Spatio-Temporal Processes for Electricity Theft Detection’ is a partnership between the University of Luxembourg and smart energy company CHOICE Technologies. The project began in 2016 and runs until 2020.