The Grand Prix 2018 in biological sciences of the Institut Grand-Ducal, sponsored by the company Cactus, has been awarded to FNR ATTRACT Fellow Associate Professor Paul Wilmes by an international jury consisting of professors and experts in biology. The prize was presented at a ceremony on 17 November 2018 at the Chamber of Commerce of Luxembourg.

Paul Wilmes is Associate Professor of Systems Ecology at the Luxembourg Centre for Systems Biomedicine (LCSB) of the University of Luxembourg. He obtained his PhD in 2006 from the School of Environmental Sciences at the University of East Anglia in Norwich (UK), a part of his doctoral research having been conducted at the Max Planck Institute for Marine Microbiology in Bremen (Germany).

After three years of postdoctoral research at the University of California, Berkeley (USA), he returned to his native Luxembourg in early 2010 through an ATTRACT Fellowship of the FNR. He initially established his research group at the Centre de Recherche Public – Gabriel Lippmann (now Luxembourg Institute of Science and Technology, LIST) but later joined the LCSB where he is the Head of the Eco-Systems Biology research group.

An award for research work on the human microbiome

Associate Professor Wilmes’ research focuses on studying the key functionalities of microbial communities, including the ones that are found in and on the human body. His group has pioneered innovative methodologies for studying communities of microbes at the molecular level over space and time.

This has allowed for example to define lifestyle strategies of distinct populations of microorganisms and link these to their genetic and functional characteristics, with applications in many different fields such as health, water treatment or bioenergy production.

These approaches also allow to unravel the interactions between microbiomes and their hosts. In this context, his research group has developed a device called HuMiX, which allows the co-culture of human cells and bacteria under conditions representative of the human gut. This unique artificial model the size of a beer mat helps scientists to understand the impact of the gut microbiome and diet on human health.

“The jury members particularly highlighted the quality of his scientific publications, his international involvement, the fact that he obtained several patents and coordinated with his group the development of the HuMiX model,” explains Prof. Pierre Seck, president of the ‘Section des sciences de l’Institut Grand-Ducal’.

“I am humbled and extremely grateful for receiving this year’s Grand Prix of the Institut Grand-ducal. The award represents an important recognition of our microbiome research in Luxembourg and is a significant milestone in my scientific career so far,” added Associate Professor Paul Wilmes.

In cooperation with private sponsors, the “Section des Sciences Naturelles, physiques et mathématiques de l’Institut Grand-ducal” each year awards a researcher for their scientific complete work or an exceptional discovery, in the fields of biology, chemistry, geology, mathematics or physics.

To be eligible for the award, the researcher must be a Luxembourg national or a researcher working or having worked in the Grand-Duchy of Luxembourg, with the major part of his/her work and international publications done in the Grand-Duchy. The prize is currently endowed with 5000 EUR. The 2018 prize is a prize for biology and is called after its sponsor, “Prix CACTUS”. The Grand Prix is awarded for biological sciences every five years; this is the second edition. 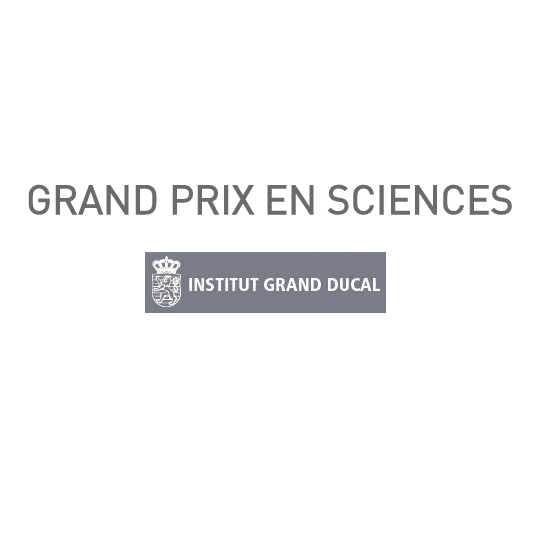