The Greater Region has launched its Call to highlight scientific excellence in the Greater Region and generate new synergies in the research sector. Complementary funding for dissemination will be made available for ongoing and scientifically validated research projects with the participation of one or more research institutes in the Greater Region. The actions supported may be aimed at the general public, scientists, stakeholders, companies and/or decision-makers. Deadline is 15 July 2021.

Research institutes in the Greater Region wishing to disseminate information about an ongoing and scientifically validated research project.

The research projects must initially have obtained public funding (FNRS, DFG, BMBF, ANR, FNR, H2020 …) after an external selection based on criteria of scientific excellence.

The proposed actions are to be carried out during the year following the official announcement of the beneficiaries.

The projects will be submitted to a jury in charge of selecting the dissemination actions.

The jury is composed of 10 members, one institutional representative and one scientist per entity. The entities involved in the Interregional Prize are:

The award ceremony will take place on 25 November 2020 during the Ministerial Conference of Higher Education and Research of the Greater Region.

The grant awarded is a maximum of € 5 000 per application.

In the case of a joint action of two or more scientific partners from different parts of the Greater Region and involving the implementation of dissemination actions on different sides, the amount of funding can reach a maximum of €10,000. 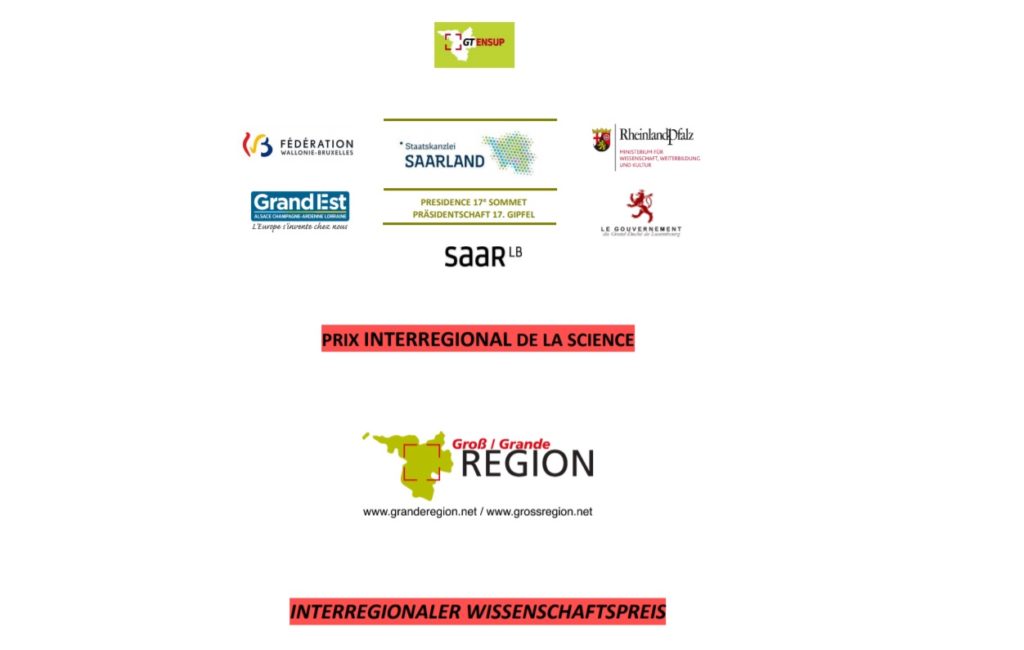