Prof Björn Ottersten, Director of the Interdisciplinary Centre for Security, Reliability and Trust (SnT) at the University of Luxembourg, has been awarded an Advanced Grant (AdG), the most prestigious award offered by the European Research Council (ERC).

Professor Ottersten will receive 2.5 MEUR in funding over the next five years. The grant will be used to develop a novel overarching technical framework that could be used to simplify the design and operation of complex systems in different areas such as automotive radar, caching, and wireless networks. This is the second ERC Advanced Grant to be awarded to Luxembourg-based researchers – with Vice-Director of the SnT, FNR PEARL Chair Prof Lionel Briand also securing an ERC Advanced Grant in 2016.

Many automated systems, such as parking assist systems in cars, process data acquired from sensors and make decisions autonomously based on machine learning, a sub-field of artificial intelligence. However, such systems can be enhanced using mathematical models. For example, in parking assist systems, a mathematical model provides methods for focussing the scan area around the vehicle to obtain reliable data about the scene.

The intelligent algorithms will then better recognise from the sensor data that there is, for example, a bin and a person nearby. The model will automatically focus attention on the person as the critical element. Currently, such models are developed on a case-by-case basis – a time-consuming process. But Ottersten’s research will provide a framework to streamline their development. Hence, AGNOSTIC, the name of his research project, stands for Actively Enhanced Cognition based Framework for Design of Complex Systems.

Milestone for research in Luxembourg

Ideas about a general system have been floating around for a few years, but there is no comprehensive framework to date. Creating a system that will be applicable to many different areas will allow developers to leverage the framework to design efficient systems in different domains.

To build this grand structure, SnT will bolster its in-house expertise by hiring additional experts and working closely with a research partner, KTH in Stockholm.

The groundwork has already started, with SnT scientists conducting basic studies and testing theories on a smaller scale in their research lab together with SnT research partners SES and IEE. AGNOSTIC will kick into high gear in October 2017, when a team of about ten experts has been put together.

ERC Advanced Grants – less than 10% of proposals selected for funding

ERC Advanced Grants are awarded to active researchers who need long-term funding to pursue a ground-breaking, high-risk research project. These grants are very competitive, as only less than ten percent of applications are approved. Professor Björn Ottersten is honoured to receive funding for his research endeavours:

“Thanks to the strong support of the FNR and our research partners SES and IEE, I was able to quickly assemble a world-class research team in Signal Processing when I arrived in Luxembourg. The size and duration of the ERC AdG allows us to address some fundamental challenges in cognitive systems but also target some specific application areas, work that we often carry out with our partners.”

This is Ottersten’s second ERC AdG. He was awarded his first grant in 2008 while conducting research at KTH Royal Institute of Technology, Sweden when the ERC had just been created. Prof Ludwig Neyses, Acting President and Vice-president for Research at the University of Luxembourg, is thrilled about this milestone in Luxembourgish research:

“This award demonstrates the trailblazing research our experts are conducting here at the University of Luxembourg. This second ERC grant for the SnT once more demonstrates the exceptional international reputation that our Interdisciplinary Centre has earned in only few years.”

After the physicists and material scientists Prof Jan Lagerwall, Prof Alexandre Tkatchenko, and Dr Massimiliano Esposito, the engineering scientist Prof. Stéphane Bordas, and the IT scientist Lionel Briand, Björn Ottersten is already the sixth scientist from the University of Luxembourg to be awarded an ERC Grant. Additionally, the ERC grant holder Josip Glaurdić joined the University of Luxembourg as an Associate Professor of Political Science in April 2017. 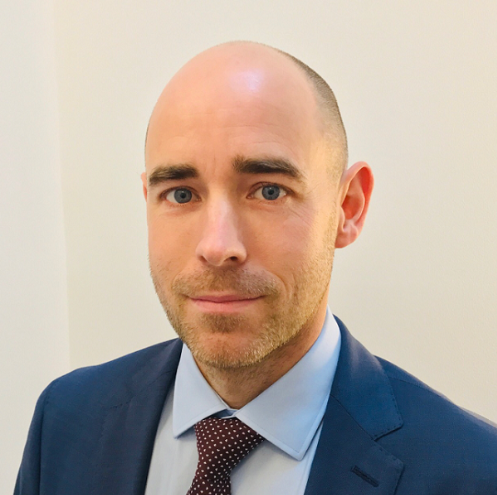