In the preamble to ‘cOAlition S for the Realisation of Full and Immediate Open Access’ – an initiative to make full and immediate Open Access to research publications a reality – Science Europe President and FNR Secretary General Marc Schiltz discusses how open access to research results is foundational to the scientific enterprise, and how decisive steps toward open access need to be taken now.

Universality is a fundamental principle of science[1]: only results that can be discussed, challenged, and, where appropriate, tested and reproduced by others qualify as scientific.

Publication paywalls are withholding a substantial amount of research results from a large fraction of the scientific community and from society as a whole. This constitutes an absolute anomaly, which hinders the scientific enterprise in its very foundations and hampers its uptake by society.

Monetising the access to new and existing research results is profoundly at odds with the ethos of science. There is no longer any justification for this state of affairs to prevail and the subscription-based model of scientific publishing, including its so-called ‘hybrid’ variants, should therefore be terminated.

In the 21st century, science publishers should provide a service to help researchers disseminate their results. They may be paid fair value for the services they are providing, but no science should be locked behind paywalls!

Researchers and research funders have a collective duty of care for the science system as a whole. The 2003 Berlin Declaration[2] was a strong manifestation of  the science community (researchers and research funders united) to regain ownership of the rules   governing the dissemination of scientific information. Science Europe established principles for the transition to Open Access in 2013[3], but wider overall progress has been slow. In 2016, the EU Ministers of science and innovation, assembled in the Competitiveness Council, resolved that all European scientific publications should be immediately accessible by 2020.

As major public funders of research in Europe, we have a duty of care for the good functioning of the science system (of which we are part), as well as a fiduciary responsibility for the proper usage of the public funds that we are entrusted with.

As university and library negotiation teams in several countries (e.g. Germany, France, Sweden) are struggling to reach agreements with large publishing houses, we feel that a decisive move towards the realisation of Open Access and the complete elimination of publication paywalls in science should be taken now. The appointment of the Open Access Envoy by the European Commission has accelerated this process.

Hence, driven by our duty of care for the proper functioning of the science system, we have developed Plan S whereby research funders will mandate that access to research publications that are generated through research grants that they allocate, must be fully and immediately open and cannot be monetised in any way.

We recognise that researchers need to be given a maximum of freedom to choose the proper venue for publishing their results and that in some jurisdictions this freedom may be covered by a legal or constitutional protection.

However, our collective duty of care is for the science system as a whole, and researchers must realise that they are doing a gross disservice to the institution of science if they continue to report their outcomes in publications that will be locked behind paywalls.

We also understand that researchers may be driven to do so by a misdirected reward system which puts emphasis on the wrong indicators (e.g. journal impact factor). We therefore commit to fundamentally revise the incentive and reward system of science, using the San Francisco Declaration  on Research Assessment (DORA)[4]  as a starting point.

The subscription-based model of scientific publishing emerged at a certain point in the history of science, when research papers needed extensive typesetting, layout design, printing, and when hardcopies of journals needed to be distributed throughout the world. While moving from print to digital, the publishing process still needs services, but the distribution channels have been completely transformed.

There is no valid reason to maintain any kind of subscription-based business model for scientific publishing in the digital world, where Open Access dissemination is maximising the impact, visibility, and efficiency of the whole research process.

Publishers should provide services that help scientists to review, edit, disseminate, and interlink their work and they may charge fair value for these services in a transparent way. The minimal standards for services expected from publishers are laid down in the 2015 ‘Science Europe Principles on Open Access Publisher Services’[5].

Obviously, our call for immediate Open Access is not compatible with any type of embargo period.

We acknowledge that ‘transformative’ type of agreements, where subscription fees are offset against publication fees, may contribute to accelerate the transition to full Open Access. Therefore, it is acceptable that, during a transition period that should be as short as possible, individual funders may continue to tolerate publications in ‘hybrid’ journals that are covered by such a ‘transformative’ type of agreement. There should be complete transparency in such agreements and their terms and conditions should be fully and publicly disclosed.

We note that for monographs and books the transition to Open Access may be longer than 1 January 2020, but as short as possible and respecting the targets already set by the individual research funders.

cOAlition S: Building an Alliance of Funders and Stakeholders

Plan S states the fundamental principles for future Open Access publishing. Science Europe, funders, the European Research Council and the European Commission will work together to clarify and publish  implementation details. The plan does not advocate any particular Open Access business model, although it is clear that some of the current models are not compliant. We therefore invite publishers to switch to publication models that comply with these principles.

Plan S was initiated by the Open Access Envoy of the European Commission and further developed by the President of Science Europe and by a group of Heads of national funding organisations. It also drew on substantial input from the Scientific Council of the European Research Council.

On 4 September 2018, a group of national funders initiated the alliance cOAlition S to take action towards the implementation of Plan S, and are joined by the European Commission and the European Research Council.

We invite other funding agencies and research councils, as well as stakeholders (notably researchers, universities, libraries, and publishers) to join cOAlition S and thereby contribute to the swift realisation of our vision of science without publication paywalls. 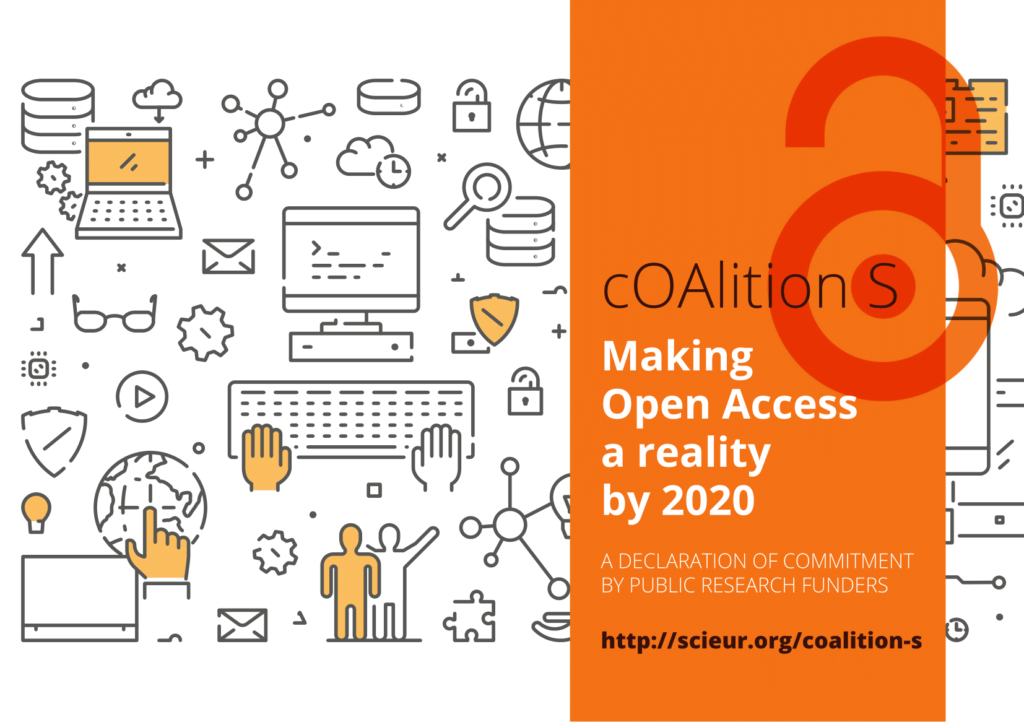 [1]  The term ‘science’ as used here includes the humanities.

[5] Page 6 of the Science Europe Principles on Open Access to Research Publications (May 2015) http://scieur.org/opennew 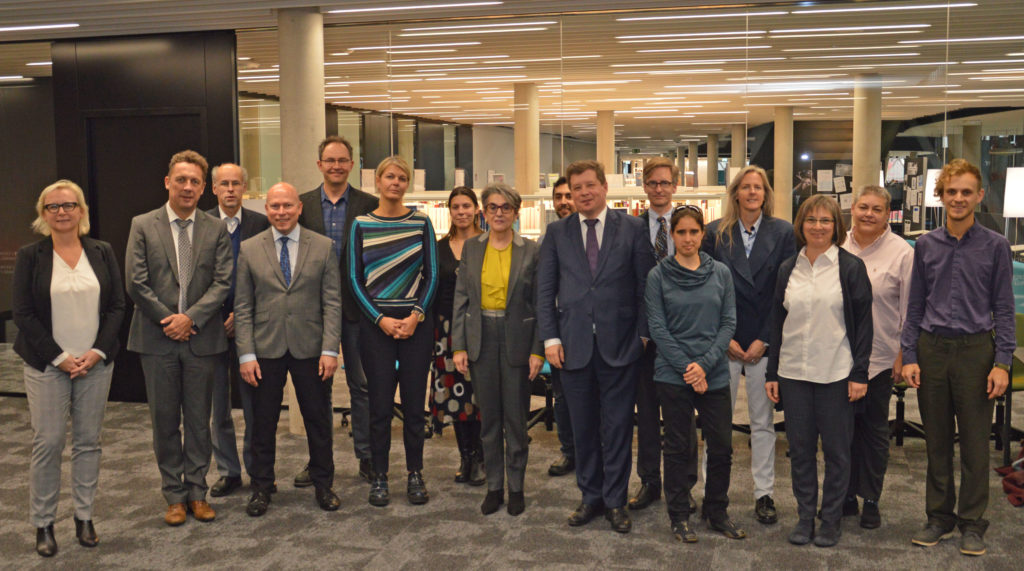