When microbes inside the digestive tract don’t get the natural fiber that they rely on for food, they start to eat their host from within. The findings from the FNR-funded Luxembourg Institute of Health study were published in the scientific journal ‘Cell’.

The study, led by Dr Mahesh Desai, Head of the Ecoimmunology and Microbiome research group at the Department of Infection and Immunity of the Luxembourg Institute of Health (LIH), and Dr. Eric Martens, Associate Professor at the University of Michigan Medical School, USA, open new perspectives for treating intestinal disorders using dietary therapeutics.

The human body is colonised by a vast number of microbes living in harmony with us, the human microbiota.

The microbes living in our guts are essential for us as they allow our body to digest certain foods, such as dietary fiber contained in fruits and vegetables or nuts for example, that could otherwise not be processed.

It is commonly accepted that healthy diets should include substantial amounts of dietary fiber, and human dietary habits used to include lots of it, up to 100 g/day. Over the last few decades, this amount has decreased drastically mainly due to the consumption of processed food and a change in our lifestyles, which has been connected to increased cases of intestinal diseases such as colon cancer and inflammatory bowel disease.

However, the reasons behind these connections had up to now been poorly understood.

So why do we need fibers?

What are the consequences of a fiber-deprived diet on our health?

To answer these questions, Dr Desai and Dr Martens conceived, designed and led a study to simulate the function of the human gut using germ-free mice, which were born and raised with no gut microbes of their own. These mice received a transplant of a cocktail of 14 bacterial species that normally grow in the healthy human gut, and their abundance and activity was tracked over time.

By feeding the mice a fiber-rich or a fiber-deprived diet, the researchers discovered that bacteria which did not get fiber could develop a rescue strategy for the lack of nutrients: they start feeding on the host’s mucus barrier lining of the gut, which serves as a first line of defense against external aggressions. In other words, if you don’t feed them, they can eat you.

“We have found a mechanism by which reduced consumption of dietary fiber makes some of our friendly intestinal bacteria furious”, says Dr Desai who is the lead author on the study.

The researchers also tried a diet excluding fruits and vegetables but integrating classical prebiotic supplementation. This diet resulted in a similar erosion of the mucus layer as observed with a fiber-free diet.

“These exciting results open up avenues for designing next-generation prebiotics using dietary therapeutics that would target human gut microbiome and might be useful in treating and preventing diseases of the intestinal tract”, says Prof. Markus Ollert, Director of the Department of Infection and Immunity at the LIH.

From symbiosis to immune breach

The study shows that the intestinal mucus layer becomes thinner as the mice receive less fiber. While mucus is constantly being produced and degraded in a normal gut, the change in bacterial activity under the lowest-fiber conditions meant that the pace of eating was faster than the pace of production – almost like an overzealous harvesting of trees outpacing the planting of new ones.

The mucus layer even gets eroded to the point where dangerous invading bacteria can severely infect the colon wall. “To make it simple, the “holes” created by our microbiota while eroding the mucus serve as wide open doors for pathogenic micro-organisms to invade” explains Dr Desai.

Going forward, Dr Desai and Dr Martens intend to look for biomarkers that could tell them about the status of the mucus layer in human guts – such as the abundance of mucus-digesting bacterial strains, and the effect of low fiber on diseases such as inflammatory bowel disease and colon cancer.

“While this work was in mice, the take-home message from this study for humans amplifies everything that doctors and nutritionists have been telling us for decades: Eat a lot of fiber from diverse natural sources”, says Dr Eric Martens.

The research results have been published in a leading scientific journal “Cell”. This study was performed in collaboration with the University of Michigan Medical School, USA; University of Luxembourg (Luxembourg Centre for Systems Biomedicine); Washington University School of Medicine, USA; and Aix-Marseille Université, France.

The study received funding from the FNR’s CORE and INTER Mobility programmes. Funding also received from the National Institutes of Health (R01 grant).

This article was originally issued as a press release by the Luxembourg Institute of Health (LIH) on 18 November 2016. You can also read a German or French adaptation on science.lu. 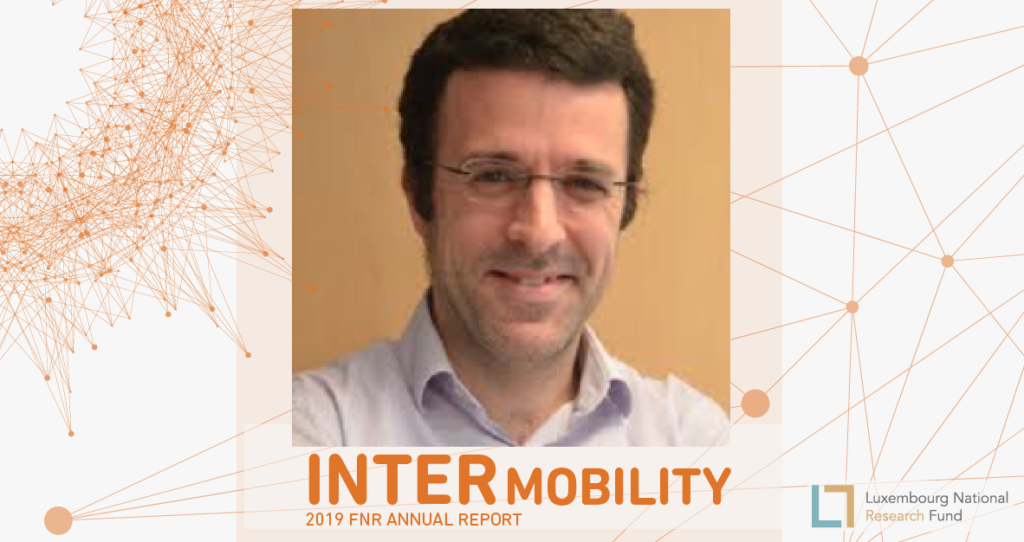