“I love playing a part in designing the wireless communications of the future”, Eva Lagunas says.

Wireless communications are constantly evolving, and almost every device now has its own built-in wireless internet connection. Efforts to increase the speed of these networks will soon see the roll-out of 5G – a wireless broadband technology like the 4G found on most smartphones, but faster and with better coverage.

However, this also brings about a couple of issues that research is trying to solve: How can we avoid congestion and ensure that the data travels across the network as fast as possible?

These are some of the questions Eva is tackling in her research. Having worked on various projects funded by the FNR’s CORE and INTER programme, Eva looks at how 5G can be made efficient, both in its use of energy, but also in the rate at which information is transmitted over a given bandwidth.

One of the challenges in solving this issue is the need to improve capacity of the underlying backhaul network – the infrastructure responsible for transporting communication data from end users or nodes to the central network or infrastructure and vice versa. As part of a project funded in the FNR’s 2017 CORE Call, Eva is exploring solutions, she explains:

“I am investigating the concept of a seamlessly Integrated Satellite-Terrestrial Backhaul Network, capable of jointly exploiting the terrestrial and satellite links, depending on the traffic demands.”

Eva explains that satellite communications have been identified as a promising wireless backhaul solution to complement the terrestrial backhaul infrastructure:

“Satellite backhaul offers a solution not only for remote and difficult-to-reach locations, but also in terms of data off-loading for delay-tolerant traffic from the terrestrial network and as an alternative routing path in case of terrestrial link failure or congestion.

“Moreover, satellite systems have always played a key role in content distribution and therefore, they are expected to be fundamental components of the information-centric networking.” 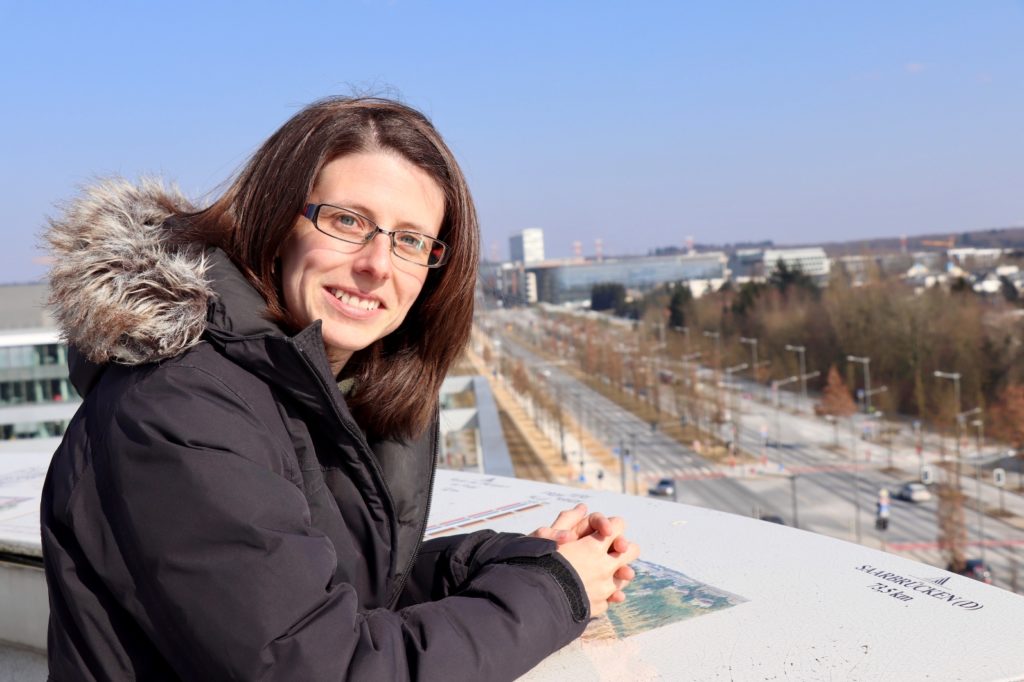 In addition to her work looking at using satellite communications to improve the support structure of 5G, Eva is also involved in a Horizon 2020 (H2020) project, funded by the European Commission, which is also a unique experience for her:

“The H2020 project (SANSA) allows me to collaborate with highly qualified professionals from both academia and industry. It’s exciting to see how research ideas can be transformed into potential technological solutions of interest for our industrial partners.”

Passionate about technology from a young age

Women in tech research are far from abundant, but for Eva it was clear that this was the direction she wanted to go in:

“I have always been curious about technology. I remember building my own smart phone when I was a child! I’ve known that telecom engineering would be my topic as far back as I can remember, and that I would pursue a PhD. Research wasn’t my only motivation: I have always been interested in teaching and mentoring students as well.”

Choosing Luxembourg for its reputation

Eva, a Spanish national, explains she actively chose to come to Luxembourg to join SnT’s SIGCOM group because of its reputation in the field of wireless communication research, an area where Luxembourg has made a name for itself in the international community.

Along with her husband and their then 1-year old with her, Eva relocated to Luxembourg in 2014. The three of them have, since then, happily settled in and also welcomed a new family member. Outside of work, Eva also plays for a local football club, which she says not only helps her integrate and make local friends, but is also a great aid in learning Luxembourgish and French.