On Friday, 14 October 2016, the FNR held the 8th edition of the FNR Awards, presenting four awards for excellence in science and research communication. In presence of the Luxembourg research community, awards endowed with a 5000 EUR prize were presented in the categories Outstanding Scientific Publication, Outstanding PhD Thesis, and Outstanding Promotion of Science to the Public.

The aim of the FNR Awards is to reward outstanding researchers and science communicators along with their individual institutions.

The awards were presented by Marc Hansen, Secretary of State for Higher Education and Research; Véronique Hoffeld, Chairwoman of the Board of the FNR; and Marc Schiltz, Secretary General of the FNR. Véronique Hoffeld congratulated the winners in her speech and thanked them for their dedicated efforts.

Secretary of State Marc Hansen in his opening speech emphasised how vital it is to communicate the findings of research in Luxembourg – both to a specialist audience, and to the general public in Luxembourg and abroad.

The jury this year presented two awards in the category Outstanding Scientific Publications.

Jérôme Paggetti and Etienne Moussay (Luxembourg Institute of Health) for the publication ‘Exosomes released by chronic lymphocytic leukemia cells induce the transition of stromal cells into cancer-associated fibroblasts’, published in the journal “Blood”

Jérôme Paggetti and Etienne Moussay, have shown how cancer cells in chronic lymphatic leukaemia (CLL)  change their surroundings to promote their survival. The jury chose their publication because of the high impact potential the findings have for the field of intercellular communication in general, and particularly CLL.

Matteo Polettini (University of Luxembourg) for the publication Efficiency Statistics at All Times: Carnot Limit at Finite Power, published in the journal „Physical Review Letters“.

Matteo Polettini’s work focusses on investigating thermodynamic processes and energy efficiency in nanosystems. The jury found the scientific quality of the publication to be outstanding.

The FNR Awards jury praised the quality of Zhe Liu’s PhD thesis, also emphasising how remarkable it is that he already has 22 publications and 140 citations to his name.

Winner Outstanding Promotion of Science to the Public

The jury for one praised the original idea to combine a scientific experiments show with a theater performance. Also praised was the pedagogical rarity of the project: Secondary school students worked – largely in their spare time – with primary school students. 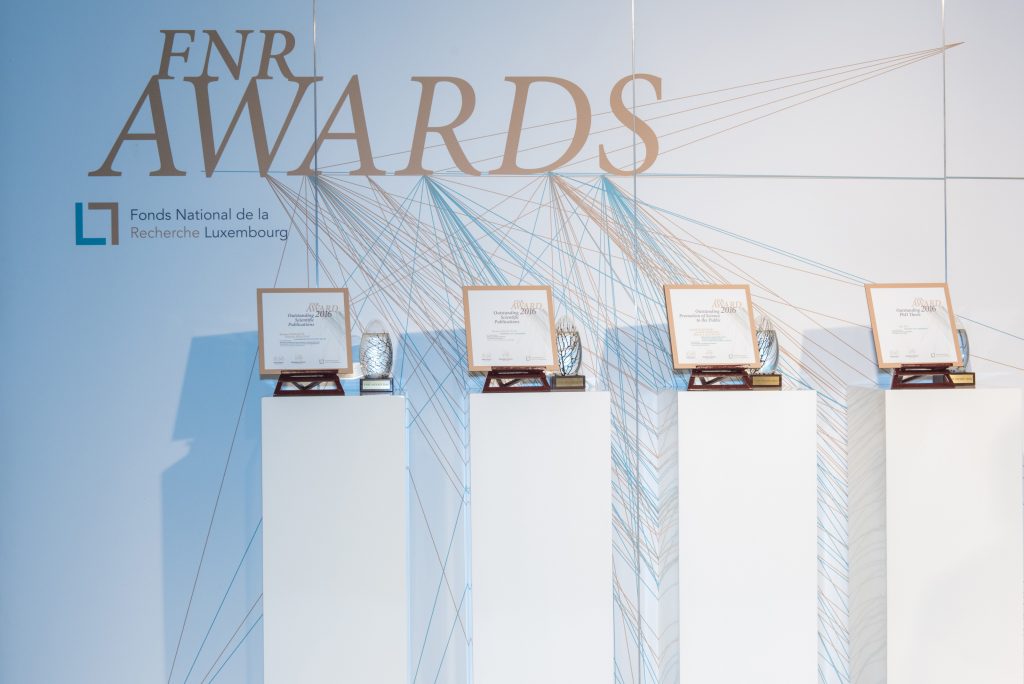 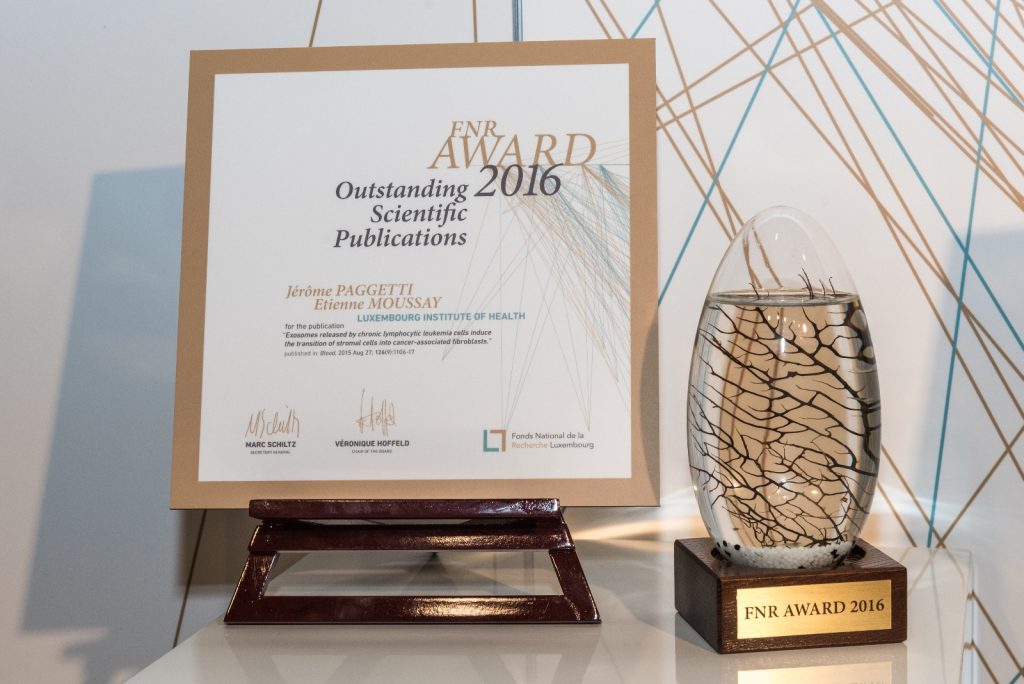 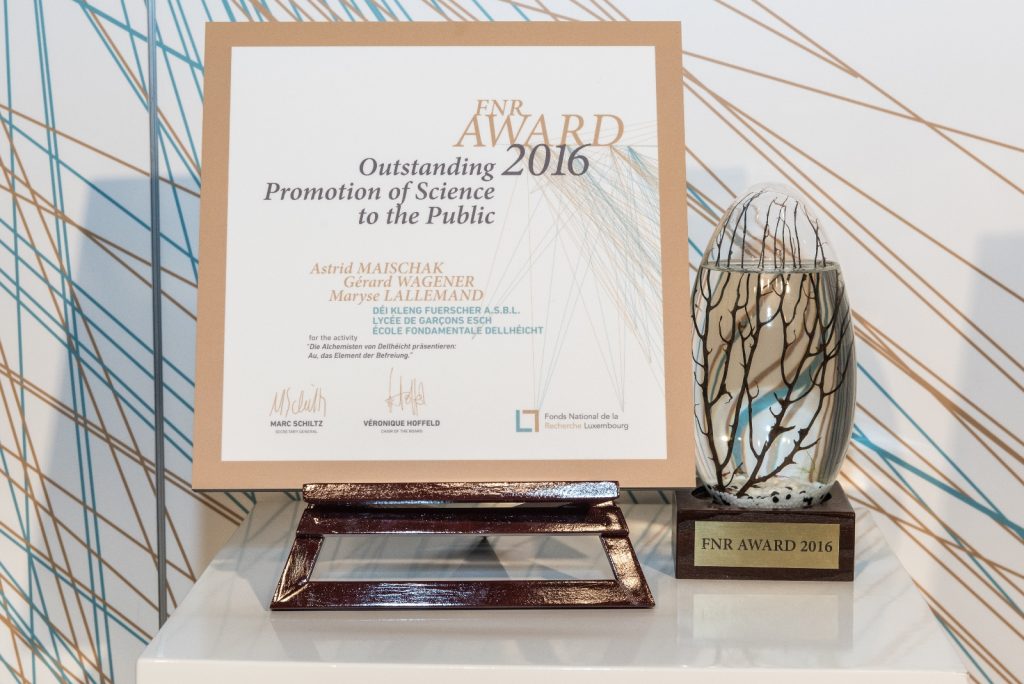 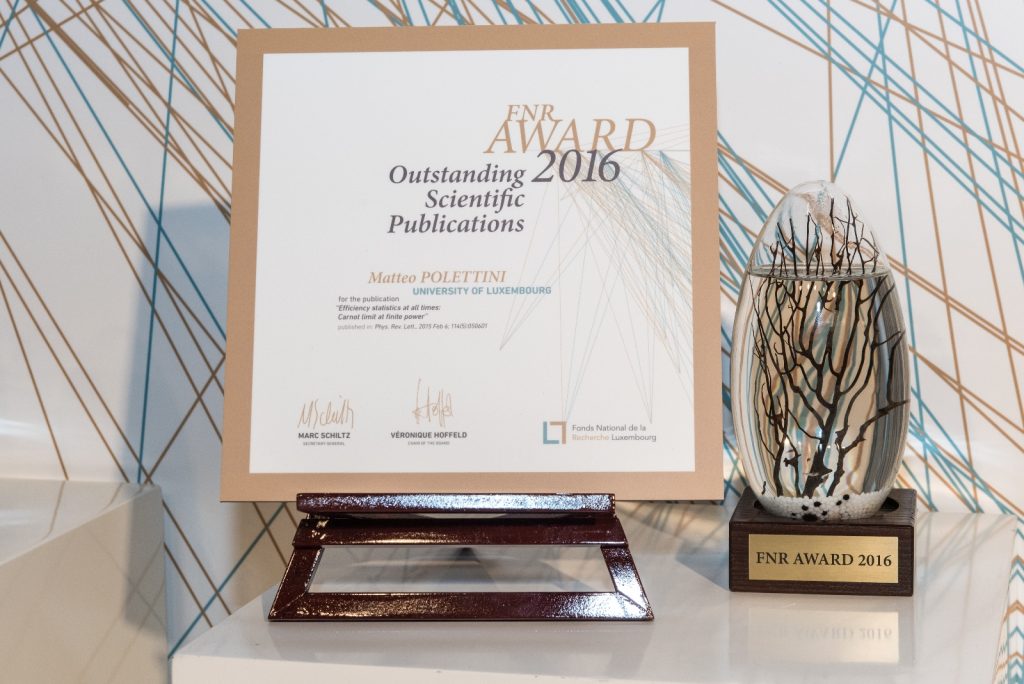