Over the past years, Luxembourg established itself as an internationally recognised research and innovation destination. It is now of the essence to maximise the impact of this scientific knowledge in society – including in politics. To this end, the FNR yesterday launched the first stage of the Pairing Scheme, run in collaboration with the Luxembourg Parliament. 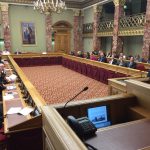 Among the participants, each MP is paired with a researcher. The first part of the first stage, which took part yesterday (Monday, 10 October), saw the researchers meet the MPs in their working environment. On Tuesday, 18 October, the researchers return to Parliament to experience a Parliamentary session.

The second stage, which will happen on various dates between mid-October and December, will in return see the MPs work shadow the researcher they have been paired with at their institution.

Overall, 17 MP-researcher pairs will get to know each other over the next few weeks. No less than 50 researchers expressed interest in taking part in the scheme. “We are very pleased that so many researchers and MPs want to take part in the Pairing Scheme”, says Mars Di Bartolomeo, President of the Luxembourg Parliament, adding that this demonstrates the desire of an increased exchange between politics and research.

Making the most of the know-how of research 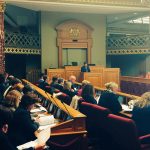 Climate change, social inequalities, multilingualism, big data, genetically modified organisms (GMO): complex, research-intensive, high-tech areas are increasingly playing a part in our future. These are areas where scientific expertise plays an important role, and where politicians have to make decisions. The know-how from scientific research can be used here:

“The Pairing Scheme is an ideal place to start to bring politicians and researchers together – which is why we spontaneously decided to take part in the FNR’s initiative. Additionally, research is at the heart of innovation and economic growth in Luxembourg. It is essential that politicians have a general overview of research projects and domains in Luxembourg” – Mars Di Bartolomeo

Research that caters to the needs of society

Marc Schiltz, Secretary General of the FNR emphasises that for the research community it is about establishing a system that caters to the needs of society as much as possible:

“We support researchers to actively address current and future societal challenges – and to pass on their knowledge.

“It is clear that it is not the job of the researcher to make political decisions – that remains the responsibility of the politician. But we are convinced that the best decisions are those that do not just take into account the political, budgetary and societal elements, but are also based on data, facts and scientific findings.

“In Luxembourg, we do not have any natural resources – our resource of the future is the knowledge of our population. And it’s crucial to make the most out of this. This also includes supporting the exchange between researchers and politicians.” – Marc Schiltz, Secretary General of the FNR

The scheme benefits politicians in that it will help inform their decision-making, while the researchers benefit in the sense that they can maximise the social impact of their scientific work.