Following the huge success of the ‘letzSCIENCE – the beauty of science meets augmented reality’ campaign in Luxembourg City over the summer, the campaign can now be experienced in Belval, the heart of Luxembourg’s research ecosystem. Triggered by scanning a QR code, three images transform into an augmented reality (AR) experience, followed by a story about a piece of research in Luxembourg.

From 15 October until the end of October, the three letzscience augmented reality posters can be experienced in Belval, on the panels next to Cocottes (Ënnert den Héichiewen, 4362 Esch-sur-Alzette). 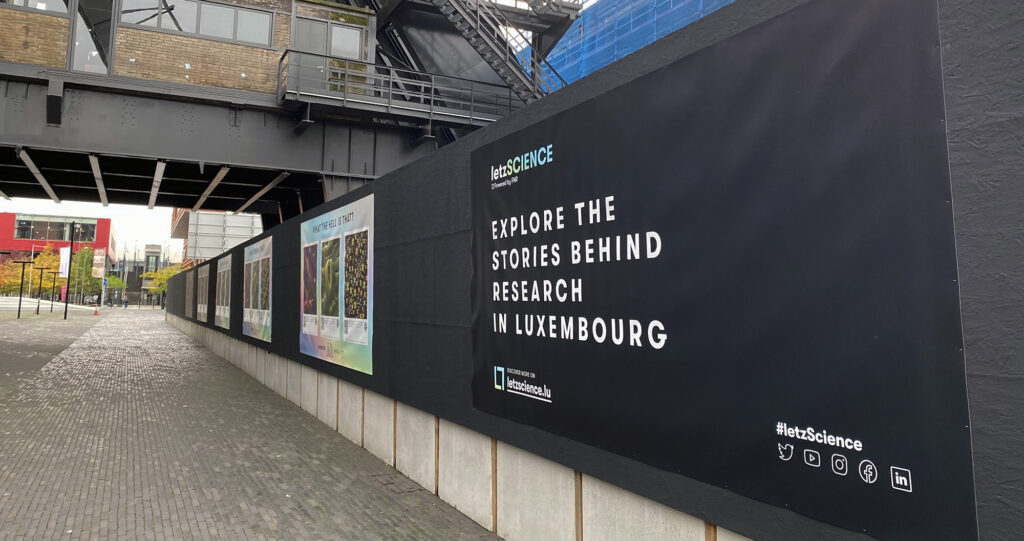 “We decided to combine augmented reality with the beauty of science. To pique curiosity, we chose three striking images that make one think: ‘what the hell is that?’.

“We teamed up with some talented creative professionals in Luxembourg, and out of a concept for a new type of campaign blending science communication and augmented reality grew ‘letzSCIENCE’: a campaign designed to be understandable for a lay audience, with a new technology, in an adapted, entertaining way.

“For the main rollout of the campaign, we partnered up with IP / Tramedia, who from the start were eager to help make this pilot campaign a success – something connecting everyone involved in the project.”  – Emily Iversen, Digital Communications Manager at FNR 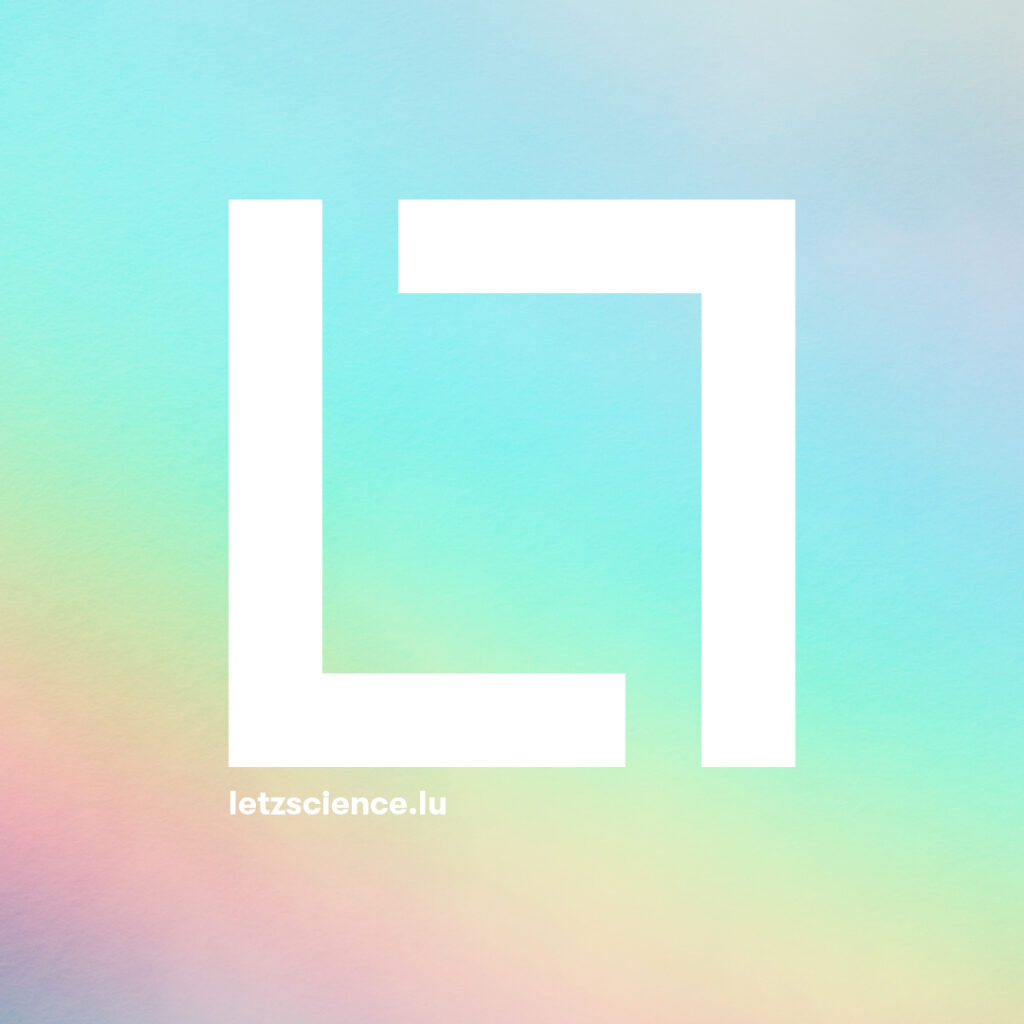 The bold graphic identity of the campaign (STUDIO Polenta) is underpinned by a flowing palette of hologram colours, reflecting the diversity of research topics in Luxembourg. Viewers of the AR experiences, created by Virtual Rangers, are invited to discover more on the dedicated mini site letzscience.lu (Cropmark).

The letzSCIENCE campaign was originally live on 41 displays across the 11 stops on the tram network in Luxembourg City and Kirchberg from 30 July – 10 August 2020.

Read more about the campaign on letzscience.lu 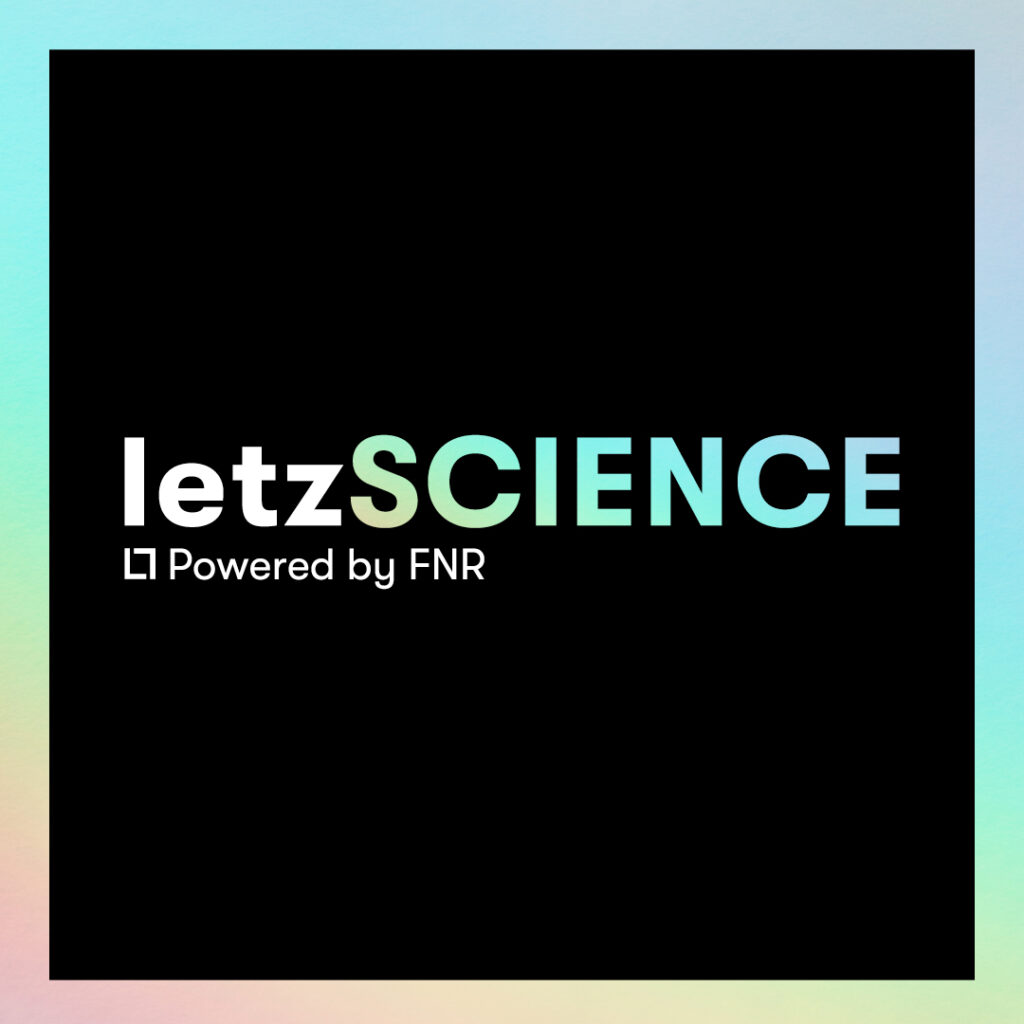