As of 12 September 2018, the Luxembourg Space Agency (LSA) has officially launched. The goal of the LSA is to promote the further economic development of the Grand Duchy’s space industry by attracting businesses, developing human resources, providing innovative financial solutions and supporting educational and research infrastructure.

Unlike many similar organisations abroad, Luxembourg’s space agency will not directly conduct research or launch missions, but foster collaboration between key players in the space industry, with the core mission of accelerating the emergence of innovation-driven businesses.

The newly-created Luxembourg Space Agency builds on the country’s deep understanding of the legal and infrastructure requirements for space entrepreneurs to achieve their commercial ambitions. Under the authority of the Ministry of the Economy, the agency is partnering with leading national academic, research and business organisations and communities, as well as other public institutions within Luxembourg’s extensive ecosystem of public- and private-sector stakeholders.

For more than three decades, Luxembourg has been at the forefront of commercial and co-operative initiatives that have shaped a vibrant space economy. Its greatest success has been the creation in 1985 of the government-supported SES (Société Européenne des Satellites), today the world’s largest commercial satellite operator. Further space-related services and businesses have developed alongside SES, and today commercial space activity accounts for nearly 2% of GDP, among the highest ratios in Europe.

In 2005, Luxembourg joined the European Space Agency (ESA) as a full member, laying the foundation for participation by the Grand Duchy’s companies in ESA R&D programmes and space exploration projects. The most recent step by the Ministry of the Economy was the launch in 2016 of the SpaceResources.lu initiative, positioning the country as a pioneer in the exploration and utilisation of space resources as a step toward the in-space economy of the future.

“Building on Luxembourg’s longstanding support for the space industry through a combination of policy, programmes and funding, the agency will further encourage innovation-driven space entrepreneurship and promote this country as Europe’s platform for commercial space development and a home for cutting-edge industries. Luxembourg is ready to welcome, support and assist the development of space industry players that can move forward together.” – Étienne Schneider, Luxembourg’s Deputy Prime Minister and Minister of the Economy

“Deepening and expanding Luxembourg’s space business sector is a priority for the country’s future. The agency will carry out its mission through a network of national partners that bring the skills, expertise and capabilities for the Luxembourg Space Agency to meet all the needs of commercial space entrepreneurs. This strategy based on multiple-stakeholder partnerships is designed to create an attractive and supportive ecosystem for space companies to grow and thrive.” – Marc Serres, CEO of the Luxembourg Space Agency

“I congratulate Luxembourg on this very important step in its space history. With its wide range of services and expertise, ESA is continuing its strong co-operation with the Grand Duchy. Collaboration between the Luxembourg Space Agency and ESA can be a very good opportunity for Europe by pooling our capabilities in a network of space agencies that embodies the European ideal in space.” – Jan Wörner, ESA Director General

“The Grand Duchy has a proud history in space. The Luxembourg Space Agency is an important step for the country’s future as a space leader. Harnessing the country’s investment culture and educational resources is helping to drive our business and put Luxembourg in the forefront as a spacefaring nation.” – Steve Collar, President and CEO of SES

As a public institution promoting the economic development of the space sector, directing the SpaceResources.lu initiative, managing national space programmes and international relations regarding space industry-related issues, the Luxembourg Space Agency is partnering with (in alphabetical order):

Starting in the 2019 academic year, the University of Luxembourg will offer an inter-disciplinary space master’s degree markedly different from programmes at other institutions. It will provide participants from an engineering or scientific background with additional technical expertise in fields needed to support Luxembourg’s space industry, along with a strong grounding in business.

To fund space innovation, the Luxembourg Space Agency is establishing with other partners a venture capital vehicle to be established as a reserved alternative investment fund, with financial backing from the public sector as well as private investors. The Luxembourg Space Fund targets an initial 100 MEUR in capital, its goal is to provide equity funding for new space companies with ground-breaking ideas and technology.

FNR and the space initiative

In April 2017, the FNR joined a Luxembourg delegation in visiting various places in the US to get a better understanding of space resources and meeting companies that are key players in the space mining race. In November 2017, the FNR announced its first funding committed to research projects in the topic of space mining. The FNR has now already committed 1.2 MEUR to space research projects. On 5 September 2018, it was announced that FNR Secretary General Marc Schiltz and Deputy Prime Minister, Minister of the Economy Etienne Schneider the FNR have signing an an agreement to develop a programme to support research for the commercial space industry in Luxembourg.

The FNR currently has funding committed to the following 5 space research projects:

The 12 September press conference was available in a live stream, which can also be viewed on-demand. 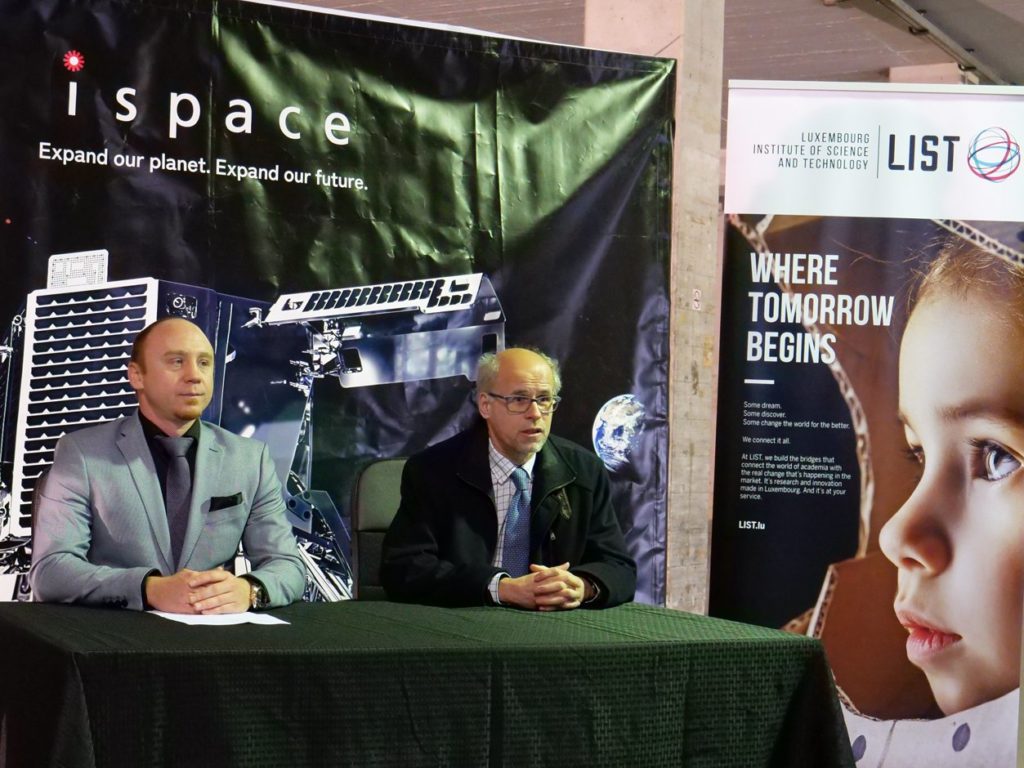 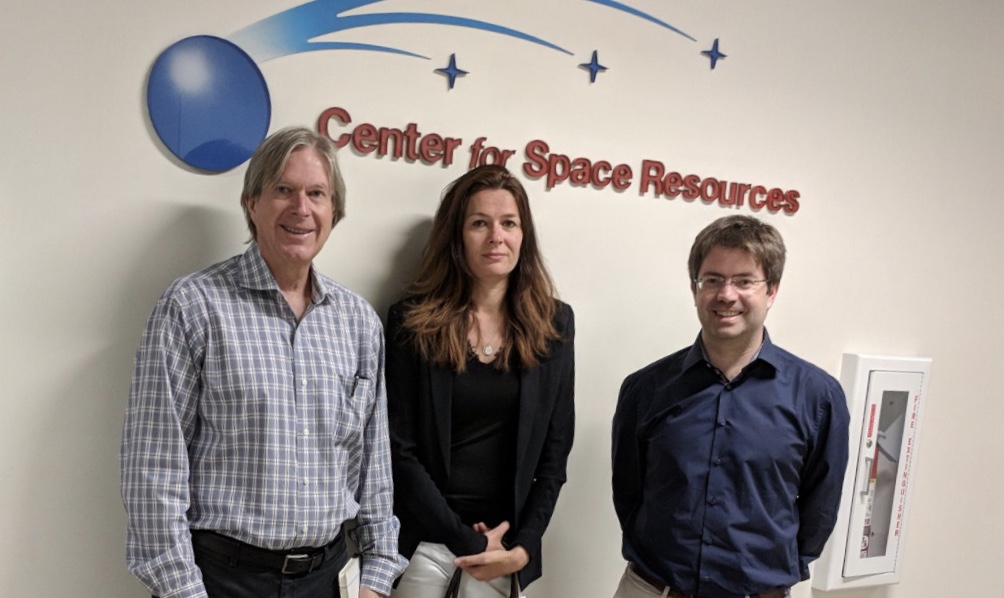 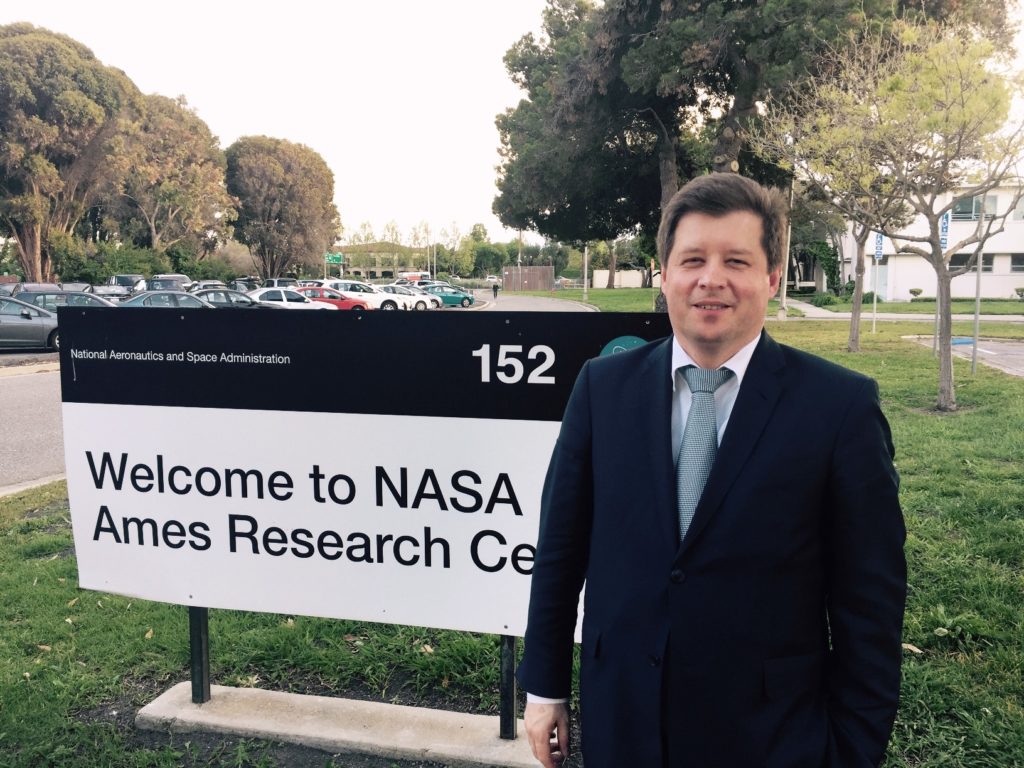