In 2015, the FNR launched the National Centre of Excellence in Research on Parkinson’s disease (NCER-PD). The aim of this new 8-year programme, which involves all national actors in biomedical research, is to identify new methods for the early diagnosis of Parkinson’s disease (PD) and the stratification of patients in sub-groups. One key element of the programme is a national long-term clinical PD study, which already started in 2015.

A research programme with a direct impact for patients

PD is the second most common neurodegenerative disease of the brain and it is likely that an increased number of people will suffer from it in the coming years due to the ageing of the population. A major problem with PD is that it is usually diagnosed when the disease has already progressed significantly. If there were methods for an earlier detection, doctors could treat patients with protective therapies and thereby increase the patients’ quality of life. Why people become ill, and whether the disease will progress fast or slowly, is also difficult to predict.

In order to understand this better, the NCER-PD conducts a long-term clinical study with PD patients from Luxembourg and neighbouring countries as well as healthy control subjects. The study compares results from clinical tests and specific laboratory measurements (i.e. metabolic products or genetic information) from patients and healthy controls. This may lead to the identification of new methods for the diagnosis and stratification of the disease.

Another project carried out in collaboration with partners in the USA foresees the creation of a central computing platform for the analysis of genetic data from international PD studies.

First National Centre of Excellence in Research of the FNR

The PD research centre is the first National Centre of Excellence in Research (NCER) of the FNR. Dr Marc Schiltz, Secretary General of the FNR explains the motivation behind this new initiative: “We want to support high quality research with impact and the cooperation of national research actors. Through the creation of a common research programme in a domain that is strategically important for Luxembourg, we can unite existing competencies to work efficiently on a relevant socio-economic problem.”

In light of the investments and developments in the field of personalised medicine, the FNR has identified the early diagnosis of PD with the help of systems biological tools as an attractive topic for a first NCER.

Hospital and research institutions working together

International partners are the Oxford Parkinson’s Disease Centre, the Hertie-Institut für klinische Hirnforschung in Tübingen, the Paracelsus-Elena-Klinik in Kassel and the National Institutes of Health in the USA.

For Prof. Dr Rudi Balling, Director of the LCSB and coordinator of the Parkinson-NCER consortium, the programme is also an international recognition of the local research community. In particular the close collaboration between doctors, biologists and computer scientists was highlighted as unique by the panel of international experts that examined the programme proposal.

The funding allocated by the FNR for the programme is 8 MEUR for a first phase of 4 years; the total budget estimated for the 8-year programme amounts to 20 MEUR.

This article was originally featured in the 2015 FNR Annual Report

Read an interview with Dany, the 100th control person of the NCER-PD Parkinson’s study 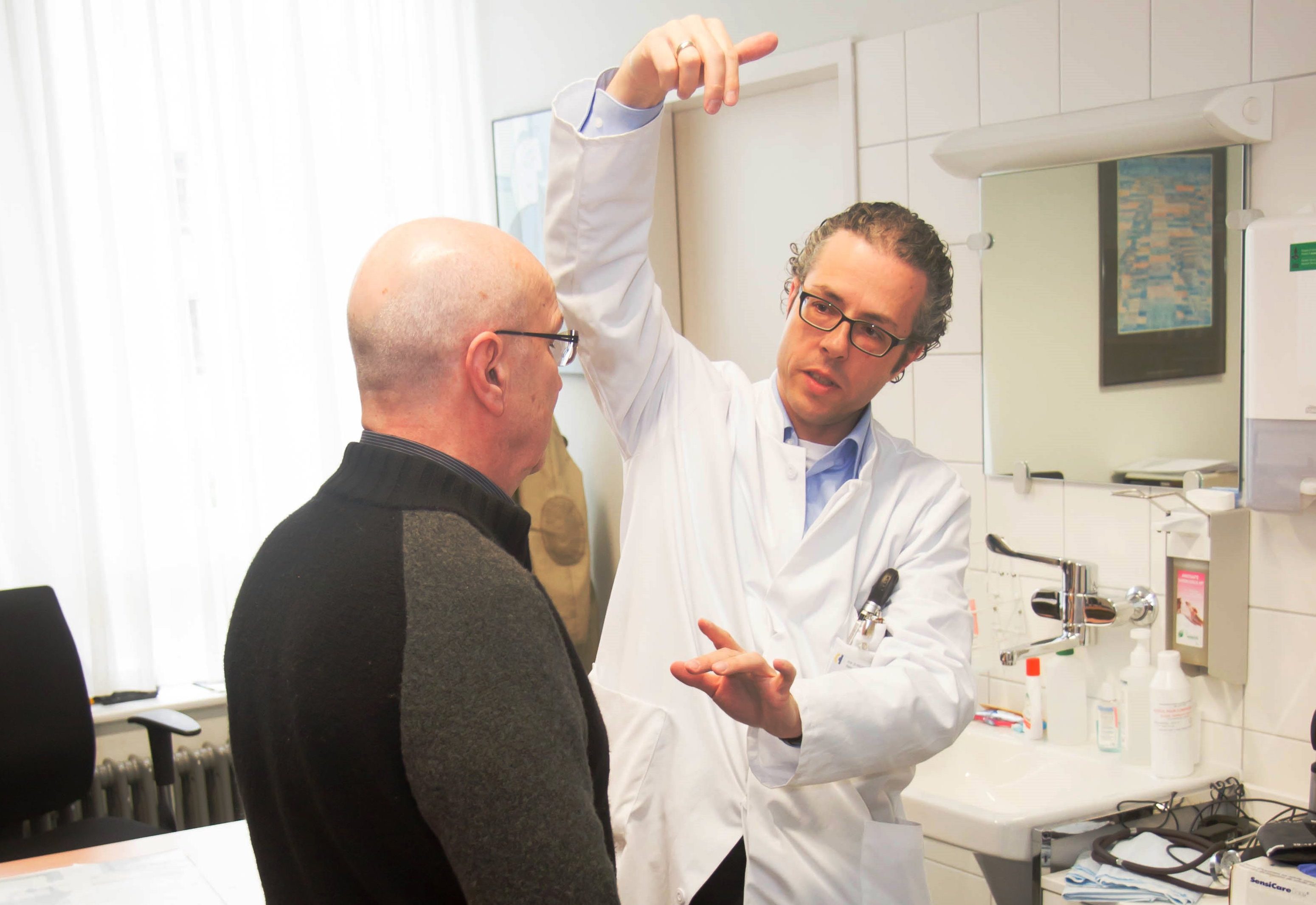 Dr Rejko Krüger with a patient in the study
(c) BrunoSantos, LCSB