An interplay of people connected via Parkinson’s disease and mitochondria led Ass. Prof Dr Anne Grünewald to Luxembourg, where she started her FNR ATTRACT Fellowship at the LCSB at the University of Luxembourg in 2016. We spoke to the German national about how she fell in love with mitochondria; the importance of team spirit; interdisciplinarity and what it was like to be a full-time PI with a new-born at home and a husband abroad.

What was your path to research?

“From day one, I knew I would not be choosing the engineering career my parents, who are both engineers, were hoping for. I studied biotechnology and first got introduced to neuroscience when I did the practical part of my Diploma thesis at University of Göttingen. It was an eye-opening experience. I realised I wanted to do something with neuroscience, I wanted to be close to patients – I wasn’t so keen on studying animal models.

“I looked for PhDs in neuroscience and found this amazing place at the University of Lübeck with Prof Christine Klein, where they did research on movement disorders. She was keen on expanding the strengths in her lab, and so sent her people to other labs. After one year, I got the chance to visit labs in the Netherlands and in the UK.”

As soon as you started your research career you had the chance to ‘see how it’s done’ in other labs in other countries. What impact did these experiences have?

“In the Netherlands, I learned about fibroblast analysis. In the UK, I was at University College London (UCL), which was the first time I got to see science on a grand scale, with big labs everywhere. It was great. The lab I was in was highly specialised on researching Parkinson’s disease, and had a mitochondria-centric view – this is how I got ‘hooked’ on mitochondria.”

“I realised I wanted to do something with neuroscience, I wanted to be close to patients – I wasn’t so keen on studying animal models.”

“I have an interest in the brain because it is the most important part of the body. Mitochondria to me are almost that, on a cellular level – without them, not much works. I took the new knowledge I gained abroad and returned to Lübeck. I completed my PhD and stayed for nearly two more years, because I didn’t really know where I wanted to do my postdoc.”

After this, you spent three years as a postdoc in Newcastle, before applying for an FNR ATTRACT Fellowship.

“Yes. A phenomenon in mitochondria is that they have their own genome. The lab in Newcastle looked at the link between mitochondrial DNA and Parkinson’s disease (PD), a focus few labs have.”

How did you hear about Luxembourg and why did you decide to apply for an ATTRACT Fellowship?

“I was looking for a new environment and an interplay of all these people connected via mitochondria and PD led me to Luxembourg.”

“I met Prof Rejko Krüger – who is an FNR PEARL Chair in Luxembourg and works on PD – at a meeting in Sweden. We only spoke for five minutes but that was enough for me to get curious about Luxembourg. On top of this, the institute where I did my PhD – with which I am still affiliated – also had links with Prof Rudi Balling, who is the Director of the Institute I am now at here in Luxembourg. I applied and here I am!”

“I have an interest in the brain because it is the most important part of the body. Mitochondria to me are almost that, on a cellular level – without them, not much works.”

Did you face any challenges when you first came to Luxembourg?

“The first challenge was that I was pregnant when I started my ATTRACT Fellowship. At the time, I was not aware this meant that I was not allowed to enter the lab, due to work safety regulations. At this point, I was the only person in my ‘team’, so not being able to enter the lab was obviously a bit of a shock!

“I quickly solved this issue by hiring a technician. However, a few month in, she told me that she was also pregnant. These are things you just cannot plan for – it was tricky – but it has all worked out.”

What you working on as part of your ATTRACT Fellowship?

“We look at PD with a mitocentric view, with a focus on human cellular models. We are setting up the technology to look at mitochondrial function on a single cell level. What is special about mitochondrial DNA is there is not just one or two copies of DNA per cell, but hundreds. It makes sense to look at individual cells, because they might be different in their characteristics from one to the other. Mitochondrial DNA can also accumulate mutations so they may not be present in every single genome. Therefore, if you want to study this properly, you need single-cell analysis tools.”

“I was pregnant when I started my ATTRACT Fellowship. I was not aware this meant that I was not allowed to enter the lab, due to work safety regulations. At this point, I was the only person in my ‘team’, so not being able to enter the lab was obviously a bit of a shock!”

What do you want to achieve with your research?

“I want to understand the mechanisms behind PD. I want to see if all of those different pathways that have now been interlinked with PD somehow all converge on one and the same problem, and whether the mitochondrial DNA is somehow contributing. There is a revived topic in PD research surrounding how inflammation happens. It is known that there is neuro-inflammation in Parkinson’s disease but how does it happen and why? To me it sounds like a good time to do my research and I hope my lab can contribute to answering these questions.”

Tell me about your research group ‘Molecular and Functional Neurobiology’, how is it composed?

“At the moment, we have one postdoc and two PhD students, along with another two shared PhDs which are joining as part of the PRIDE Doctoral Training Units I am involved in. We also have two technicians. I am currently considering hiring another postdoc but then that’s all the funding I have. I don’t have a need to grow for the sake of growing – I want to make sure that everyone interconnects and that people enjoy working there and don’t feel like they are just a piece in the crowd. The lab I have now is more or less the size of the one I joined in Lübeck, the phase of my career I enjoyed the most.”

You are involved in two Doctoral Training Units that were funded as part of the FNR’s PRIDE programme. What is your involvement?

“The idea of one of these new DTUs that were funded was to have this tandem supervision, which is great as it also supports interconnection at LCSB. This is why I have the two ‘shared’ PhDs. My group already has good links to two LCSB groups and this will further strengthen them.”

Why is different disciplines working together important to you?

“Some people have two specialties, but most people specialise in one field. Here at LCSB, we are embedded in multidisciplinarity. I for instance work a lot with Patrick May, who is an expert in analysis of sequencing data. This has already come in handy for multiple projects.

“We are also working on a project where we assess the literature around mitochondrial biogenesis in PD and there we immediately made use of the amazing PD map co-developed at LCSB. PD is a big topic here. If you organise it well so you don’t step on each other’s feet, you can really benefit from the knowledge in each other’s research groups.”

“I don’t have a need to grow for the sake of growing – I want to make sure that everyone interconnects and that people enjoy working there and don’t feel like they are just a piece in the crowd.”

Do you feel you can breathe now that you have your ATTRACT funding and the shared PhD students through the PRIDE scheme?

“I am currently not worried about funding, but I am thinking about everything else: getting publications, collaborations, evaluations. It certainly is not the time to relax. However, it’s great not to have had this huge financial pressure since I started my ATTRACT.

“Towards the end of my time in the UK, I had fears of not getting funded on a monthly basis – my contract was only renewed for one or two months at a time. It felt weird being 30-something, decently successful and still living with the fear that you might have to go back to your parents if this all doesn’t work out. This kind of high-risk situation is not nice to be in and it obviously makes people endlessly postpone any kind of family plans.”

Postdoc level does seem to be the stage where many researchers make a decision between seeking a position with more long-term funding or saying goodbye to research altogether.

“Exactly. Especially women are forced to say goodbye. If they don’t have kids by the 35 it’s almost a bit late. Then if you haven’t been lucky enough to find some kind of light on the horizon that coincides with your family planning, many women give up, because even with maternity leave and so on you will never again work as much as a guy can. It’s impossible. I feel I was very lucky that this all coincided in a good way.”

“It felt weird being 30-something, decently successful and still living with the fear that you might have to go back to your parents if this all doesn’t work out.”

Are you finding a good work life balance?

“Now that my husband is here, it is better. His field of science allows him to work pretty much anywhere with a decent internet connection, so he spends a lot of time in Luxembourg. I can even benefit from the fact that he is home with our child now, but it is not a permanent solution.

“In the beginning, I was here alone, a brand-new mother, with my husband in the UK, and it was insane. I would not recommend to anyone to combine being a full-time PI with looking after a new-born child.

“Even now, there are situations where I have to leave work to get my child before the ‘crèche’ closes at six thirty. That doesn’t mean I stop working. When I leave the office ‘early’ I often work from 8pm till 10pm at home – my daughter sleeps through the night now, so I can do that and still get enough sleep! But I would never in a million years change my mind about the decision to have a child.

“It would be better if I was ‘visibly’ working longer, but it’s not always possible.” 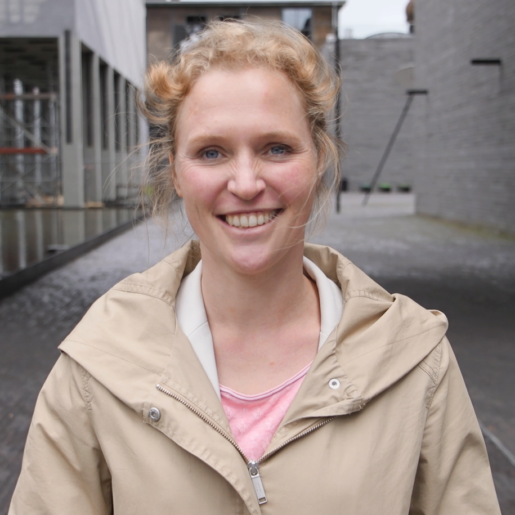