Prof Ines Thiele was still in high school when she fell in love with genetics, soon followed by a passion for systems biology and especially programming. After research stays in the US and Iceland, she came to Luxembourg where she and her team work on a virtual representation of human metabolism. We spoke to the German national and ERC grantee about how she considers science a hobby, how she juggles family and career, and her goals.

“I have a very analytical and rational mind and approach to things. I went to a math and science oriented high school, so I was predisposed to science. I wanted to become a paediatric doctor – until I discovered genetics. I had friends in Stuttgart, where I ended up studying, and while still in high school, I went to a genetics lecture and I thought ‘this is perfect, this is what I want to do!’.”

Systems biology is a relatively new field of science – what got you into it?

“My education was more on the molecular biology side, but I was curious about programming, and wanted to find out if I could do it. I did my Master thesis at the University of California (San Diego) in systems biology and I loved it! I was offered to stay for a PhD thesis and I did. From then it was a question of ‘what’s next’?”

Before you came to Luxembourg, you were working in Iceland, how did you end up there?

“Me and my husband-to-be wanted to come back to Europe. Our friends were joking that Iceland was the furthest away place you could go to in Europe, but it was a perfect way for us to transition, because it is a mix between European and American culture, both on the social and science level. We ended up staying there for four years, and then we came to Luxembourg.”

You went straight from completing your PhD to a position as Assistant Professor in Iceland – what was your motivation for coming to Luxembourg?

“It was both driven by science and personal reasons. I wanted to move more towards biomedicine, and this transition was possible here in Luxembourg, and in Paul Wilmes and Karsten Hiller there were also matching collaborators for what I wanted to work on. I was also attracted to the fact that the LCSB at the University of Luxembourg is a young institution and the possibilities that comes with this.

“From the personal side, we had two children while in Iceland and visiting family from there was not so easy, so Luxembourg’s location also played a role.”

“While still in high school, I went to a genetics lecture and I thought ‘this is perfect, this is what I want to do!’.”

With your FNR ATTRACT funding you created the Molecular Systems Physiology Group, based at the University of Luxembourg’s Luxembourg Centre for Systems Biomedicine (LCSB). What are you working on?

“We use a systems biology approach to represent the metabolism occurring in the human body – on the computer, as accurately as possible, given the current knowledge available. We are particularly interested in the biomedical application: say you have a disease, for example a neurodegenerative disease, what would the consequences of this disease be within the body or the cell? We simulate this, and through collaboration try to verify these hypotheses.”

“We use a systems biology approach to represent the metabolism occurring in the human body – on the computer, as accurately as possible, given the current knowledge available.”

What are you trying to achieve?

“Ultimately, we want to be able to say whether there are ways – be it drugs or diet – in which the well-being of the person with the disease can be improved. Another application is to try to identify e.g. biomarkers to spot if a person has a certain disease in the first place and to track improvements.”

Your work combines biology and programming – this must mean there is a broad skill set required in your group?

“Yes – the people we have in our group have a very interdisciplinary background: we have computer scientists, bioinformaticians, microbiologists, biochemists, molecular biologists, and we collaborate with mathematicians. The non-programming students and researchers in particular had to acquire programming skills, as we do programming on a daily basis.”

“Ultimately, we want to be able to say whether there are ways – be it drugs or diet – in which the well-being of the person with a disease can be improved.”

What part of your job do you like the most?

“The science! I was lucky in Iceland but also especially here in Luxembourg with my FNR ATTRACT grant that I have been able to do science myself. I try to reserve as much time as possible to do research and programming. That’s the beauty of ATTRACT – it gives you the liberty to do the science, it’s designed for that and I am using it nicely!”

You are also involved in the NCER-PD study, an 8-year programme to study Parkinson’s disease on a national scale in Luxembourg. How does your work feed into the study?

“Our task is to use the computational model – the virtual representation of human metabolism – to identify biomarkers for Parkinson’s disease, by combining the model that we have with metabolomics data on plasma. We look at which metabolites are present in the blood of healthy individuals, and which are present in the blood of Parkinson’s disease patients.

“The aim is to find a diagnostic biomarker that would help to identify people at risk, early on and ultimately to slow down the disease. Understanding which markers there are, and which traits appear early on in the disease – before the symptoms start – is important in helping us to understand what therapeutic opportunities there are.”

What stands out as your highlights since you came to Luxembourg?

“One of the questions I want to tackle is how we can use our diet to become or remain healthier. In order to do that we would not only need the human metabolic network that we have been creating over the past decade, together with other scientists, but also representation of the microbes that live within us, particularly in the intestinal system. We have been working on since I arrived here in 2013.”

“This work was published in Nature Biotechnology in 2017, which was a highlight: we now have more than 800 microbiome virtual models that permit us to integrate the avalanche of microbiome data that is coming out to further understand what those microbes are doing to the host and how they interact on the diet-gut health axis.”

What difference do you think your FNR ATTRACT grant made to your career? Do you think the fact that you have been able to dedicate so much time to the science helped you in getting an ERC grant?

“Definitely. The ERC grant is based on the work that has been enabled through my FNR ATTRACT grant. These grants ultimately allow me to fulfil my vision I have for the biomedicine and how I would like to develop the virtual human model that we have, with the ultimate aim to bring it back to the people through translational medicine. This would not be possible without these grants, which ensure continuous funding over 10 years.”

You are one of only two female FNR ATTRACT Fellows, and there is generally an underrepresentation of women in senior academic positions. Some cite a reason for this to be that this time in a researcher’s career, for many women, coincides with when they start a family, and it is hard to have both. What worked for you?

“I know what worked for me, but that is not a general recipe: Having a supportive partner is crucial and I could not do it without mine. I was lucky I never had to do a Postdoc, I went straight from my PhD to a faculty position, so I had somewhat already made it and did not have to go through that Postdoc phase where many scientists put in the really long hours to get a senior position.”

“It was a different feeling of security, I started my faculty position in 2009 and my son was born one year later. I think it helped the science – I can’t talk for men, but I think for women, in this situation they become very structured and organised, if that was not already the case beforehand. You have to be efficient, learn to say no and to prioritise if you want both science and a family, because if not then either you don’t see your family, or you don’t succeed.”

How is your work-life balance now, do you feel you are flexible enough?

“Science is a perfect place to have family – I have a career and a family, because there is a lot of flexibility compared to a standard 8 to 5 job. My husband is also a scientist so we can juggle around and we work in shifts. For me, the administrative part is work and I try to keep that in the office. The science is not work; I am doing the research as a hobby: it’s part of the ‘life’ and not the ‘work’ part. I am happy with how things are going and I spend a lot of time with my family – I wouldn’t want to have it differently.” 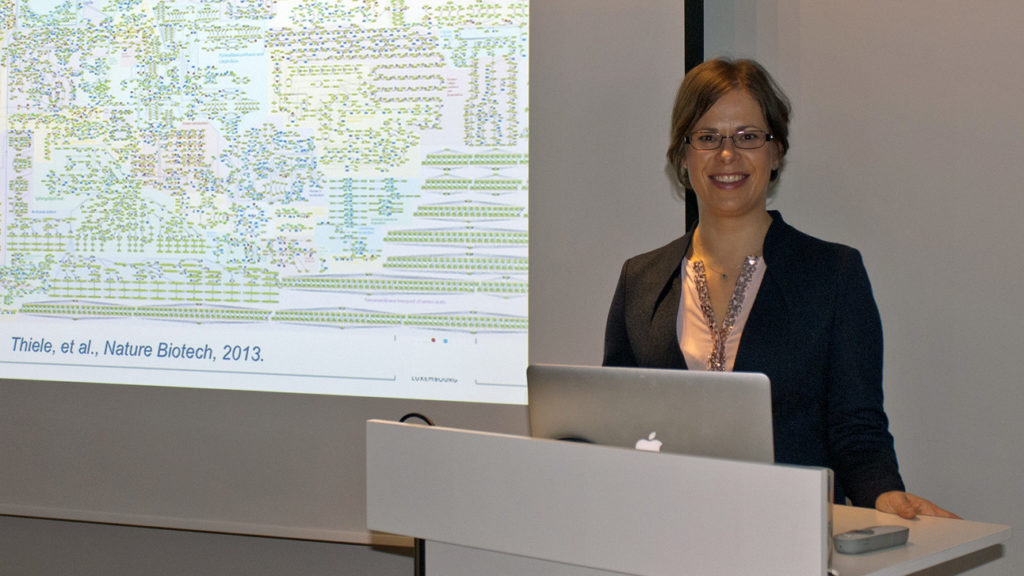 Secures FNR ATTRACT Fellowship and moves to Luxembourg to create the Molecular Systems Physiology Group, based at the University of Luxembourg’s Luxembourg Centre for Systems Biomedicine (LCSB). 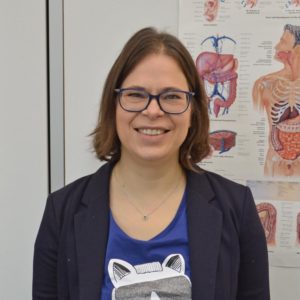 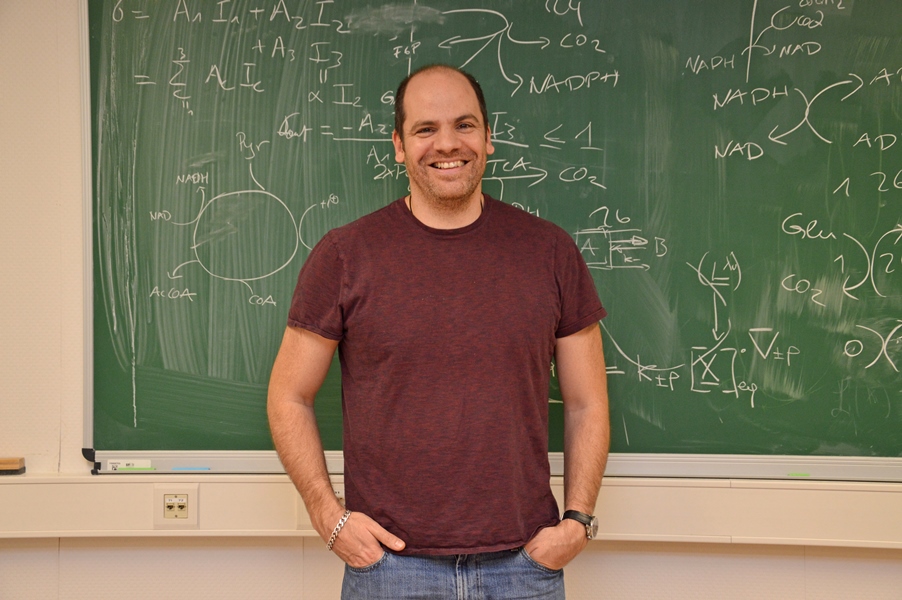 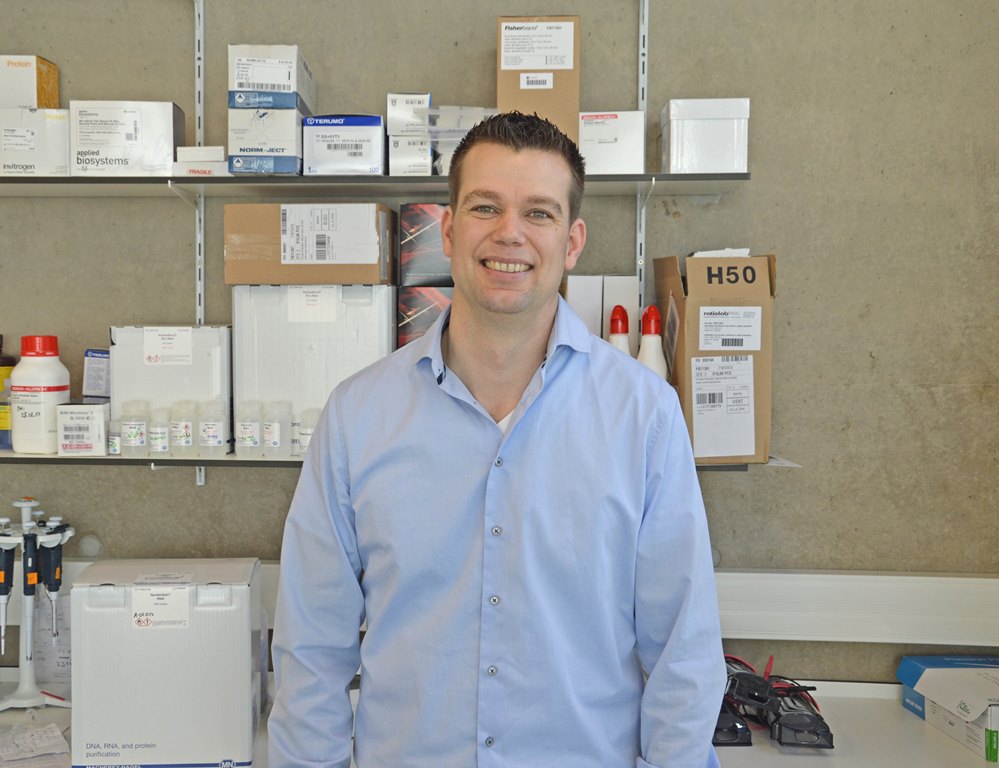