A temporary exhibition at the Escher Pop-Up-Store takes a different creative approach to storytelling: „HistorEsch: Escher Geschichten a 25 Objeten erzielt” features 25 local stories, told through objects of local residents rather than images. The exhibition feeds into the project of FNR ATTRACT Fellow Dr Thomas Cauvin, who works in the field of public history, and developed the exhibition together with Joëlla van Donkersgoed.

From bicycles to swords and toys, a wide range of objects hiding a story behind can be discovered in the exhibition, which has grown from a collaboration between the University of Luxembourg and the Nuit de la Culture.

14 months in the making

In charge of the exhibition are historians Joëlla van Donkersgoed and Thomas Cauvin, who came to Luxembourg in 2020 in the framework of his FNR ATTRACT Fellowship. The duo spent 14 months developing the participatory exhibition, which feeds into Cauvin’s ATTRACT project at the University of Luxembourg’s C2DH, where he was also appointed Head of the Department of Public History in 2021.

The focus of Cauvin’s ATTRACT project is on historical practices in public and digital spaces to include, empower and engage public groups in critical debates on the contemporary history of Luxembourg and Europe while maintaining ethical and methodological standards.

What exactly is meant by participatory exhibition? “The point is not that we tell the story of the Escher inhabitants, but that they tell us their stories,” Donkersgoed recently explained to Luxemburger Wort. Involving people was at the heart of the effort, with the researchers consciously deciding against a more conventional top-down approach where the story is merely conveyed from above.

To achieve this goal, Esch residents were actively involved in the creation process: During workshops in local cafés, those responsible for the project met with the city’s residents to exchange ideas and stories from the past.

“It is important to have a connection with people and to build trust,” van Donkersgoed emphasised when speaking to Luxemburger Wort.

Such a connection was also made via social media such as the Facebook group “Fl’Esch Back”, which has well over 1,000 members – public spaces were deliberately chosen to reach people.

In order to prepare the exhibition and collect enough objects, interested people could suggest their objects via a specially set up website. This received a strong response, with many people wanting to make their objects available so that they would not be lost.

“We want to help people preserve their history so that it doesn’t disappear,” Cauvin said.

Since it was clear that not all objects suggested could be exhibited, there was a selection process in the form of an online vote – once again, the public was involved in this process. The 25 most frequently chosen objects finally made it into the exhibition.

Among them are very different objects, Luxemburger Wort details. The cockerel that decorated the bell tower of the first Esch church is as much a part of the collection as the key to the town hall from 1937 or a ladies’ bicycle from the 1950s.

The fact that a jersey of the local football club Jeunesse Esch, a toy from the Second World War made by an Eastern worker and slag from Roman times are all on display in one room makes it all the more clear how wide-ranging the selection of objects is.

To be able to present the stories behind the different objects, interviews were conducted with the owners. These can be read in a brochure that is available in Luxembourgish, French and English. This reflects the multicultural character of Esch, explains Cauvin.

The decision for the location in Esch’s city centre and against an exhibition in the somewhat outlying university quarter of Belval is no coincidence, however. “We wanted to go where the people are,” van Donkersgoed explains the choice for the pop-up store in Rue de l’Alzette.

The exhibition can be visited until 24 September, from 13:00 – 18:00. Admission is free of charge. This was also intentional in order to give people unrestricted access to the exhibition.

This feature is based on an article published in Luxemburger Wort on 6 September 2022. 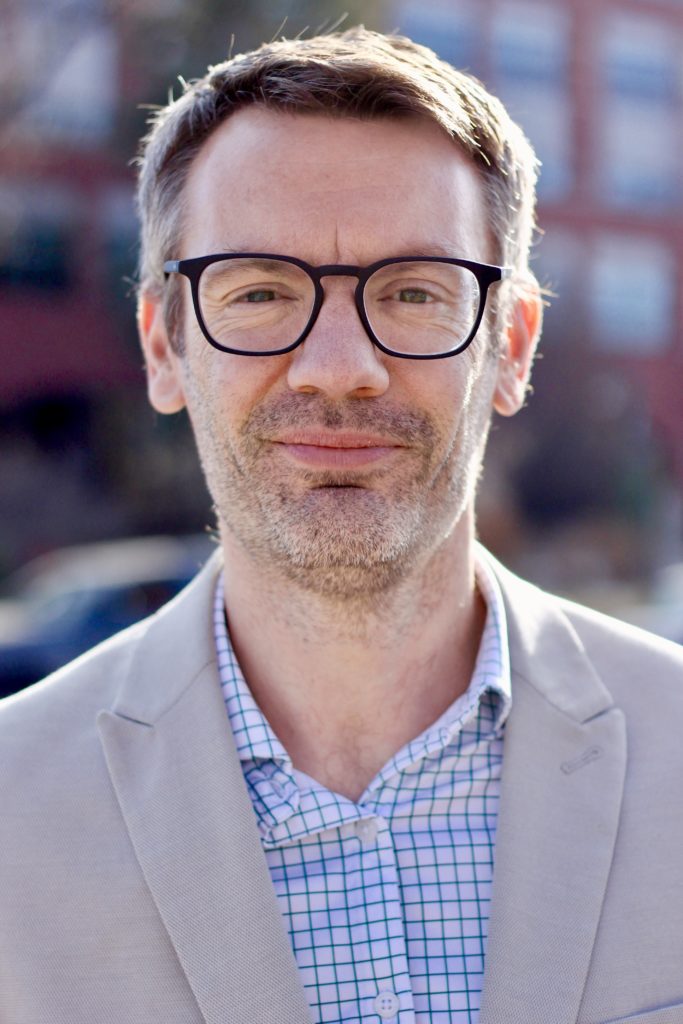 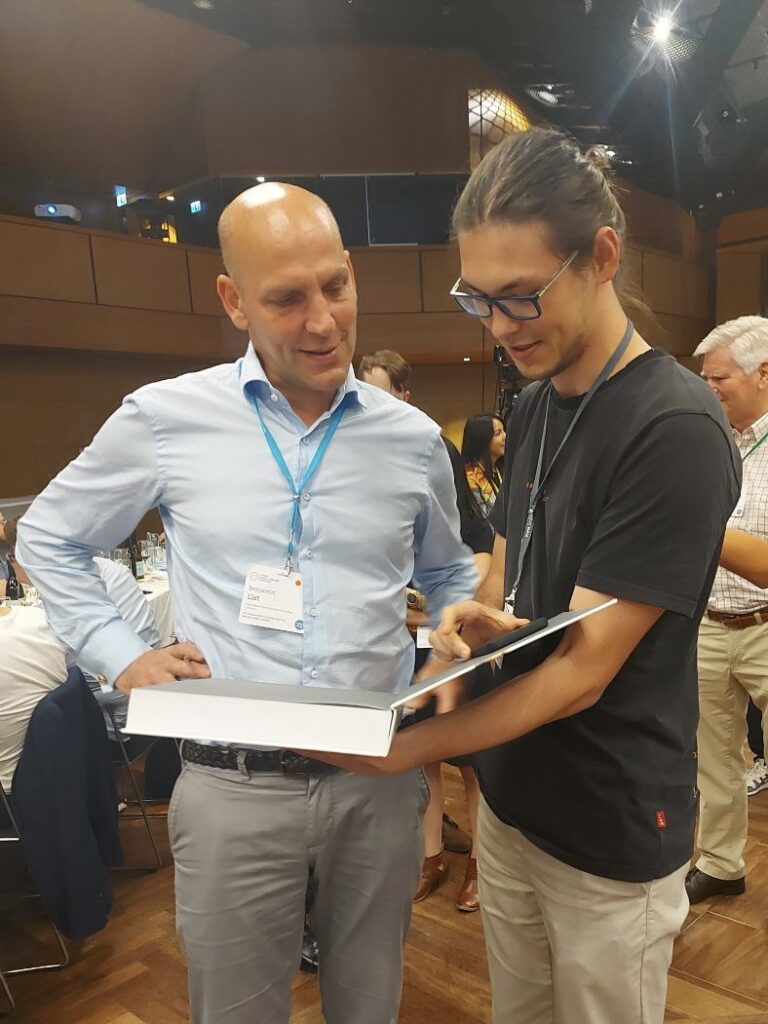 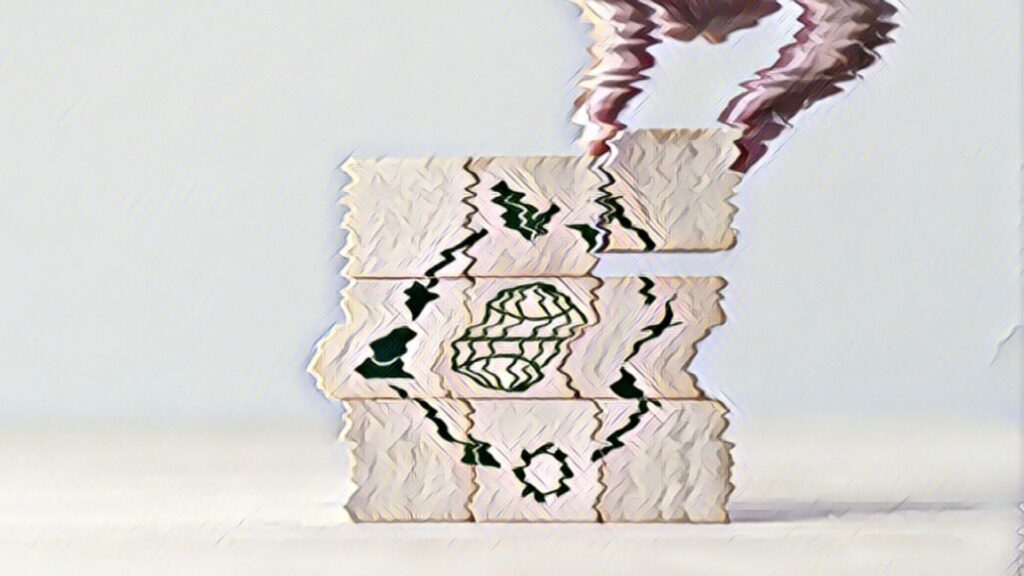