A physicist invented a new method to authenticate objects by using the strange properties of liquid crystals. He also spun them into smart elastic bands for applications in soft robotics and wearable technologies.

Fingerprints and other QR codes are well established but have a serious weak point: they can be easily copied. A team from the University of Luxembourg has invented a new method to hinder the counterfeiting of identity cards, works of art or industrial products. It uses the highly complex light pattern generated by liquid crystals, known in daily life from their use in LCD screens.

“The patterns we can create are absolutely unique,” explains Jan Lagerwall, the project leader. “They are robust enough to be reliable but too complex to be copied.”

The technology is based on liquid crystals, a peculiar state of matter which combines the regularity of solids at microscopic scale with the disorder of liquids over centimetres. The crystalline structure is key: it creates the pattern by reflecting light in different directions and colours, much like the shell of some beetles producing iridescent hues.

The fluidity brings in randomness and thereby the uniqueness of each pattern. “It’s important to strike the right balance,” says the Swedish-born researcher. “It should be random enough to make copying very hard, but not too sensitive to avoid manufacturing problems.”

An app to authenticate objects

The physicist has teamed with IT specialists to develop a practical authentication service. First, the scientists produce the tag with the help of microfluidics to mix organic molecules. This creates microscopic shells containing liquid crystals, similar to oil drops which would be filled with water. They incorporate them within a transparent polymer in order to fix and protect them. This thin plastic sheet can finally be glued as a tag on an object.

The pattern produced by shining light on the tag is recorded in a database and serves as reference. The end-user can then authenticate the object by taking a picture of the tag with their smartphone and comparing it with the original picture stored in the database.

“Each pattern is completely unique because it depends on the precise location of the spheres, their size and the properties of the liquid crystal they contain,” says Lagerwall. “Trying to copy the pattern would be too difficult to be practically feasible. We are making good progress and we are collaborating with a company to develop and test our solution.”

The tags could find other applications, he adds. For instance, labels working with infrared light are invisible to humans but would be decipherable by computers. Glued on walls, they could help autonomous devices navigate indoors, and in locations where GPS signal is lost.

The Luxembourg scientists have also spun liquid crystal into fibres to create elastic bands that change colour upon stretching. Woven into clothes, they could be analysed by a camera to detect body movements, a feature useful for sensors in wearable technologies or exoskeletons.

These mechanical devices worn over the arms and legs amplify the user’s movements, for instance by using electrodes to read out the electrical impulses going through the nerves. Here the colour changes of their clothes could be used to map the movement and control the device, explains Lagerwall. His team has also created elastic bands which contract when heated up or illuminated with light, a technology that could be useful for creating artificial muscles used in soft robotics.

The functionalities of a liquid crystal arise from the way its molecules align: while their distribution is random like in a fluid, their orientation is not. The artificial muscle uses molecules that are all oriented along the elastic band. It gets contracted by heat because it destroys this alignment, the same way the structure of an ice cube gets lost when it melts into water. Optical applications work with chiral molecules, whose orientation follow a helix pattern. This makes them reflect light when it is polarized and has the same wavelength as the helix pitch, which can be controlled by temperature and stretch.

“Liquid crystals offer an amazing playground,” says Lagerwall. “We are now able to fix them in a variety of shapes such as short fibres and empty or filled spheres, with either parallel or helicoidal alignments. Many interesting results from our work actually came up by serendipity, that is, by chance. Some show great potential for useful applications, other are very much more fundamental in nature. This can appear useless today, but who knows about tomorrow?” 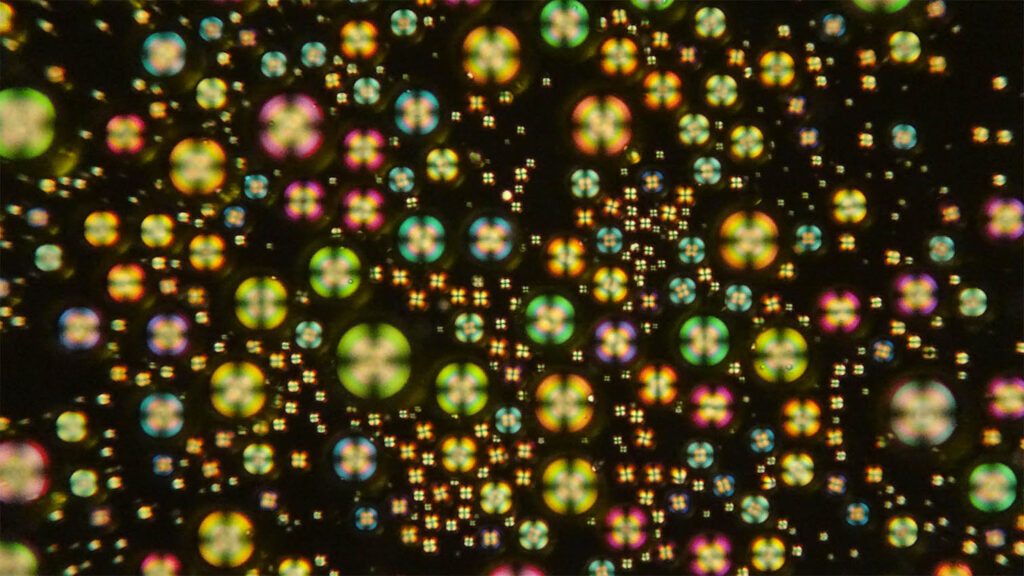 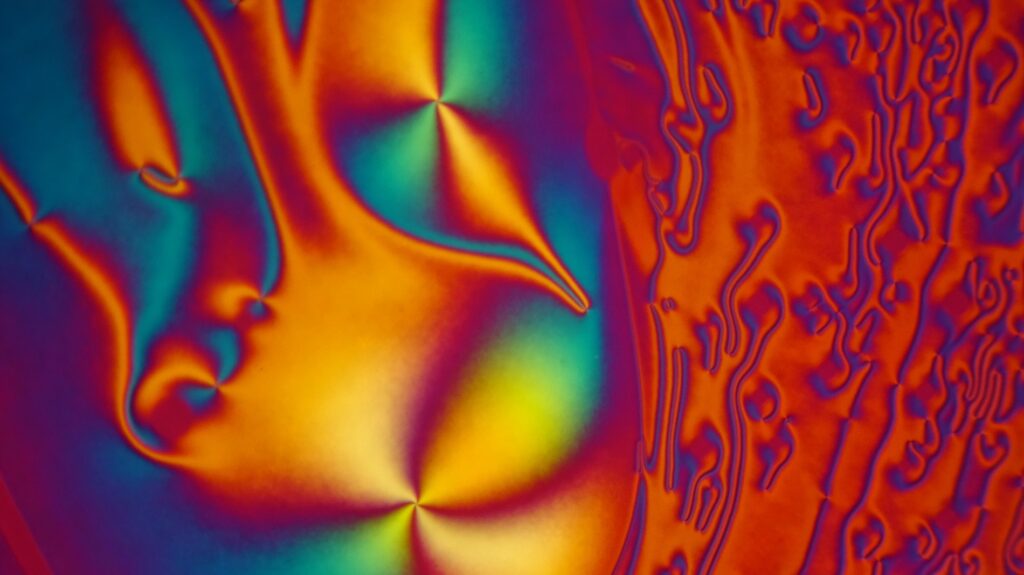 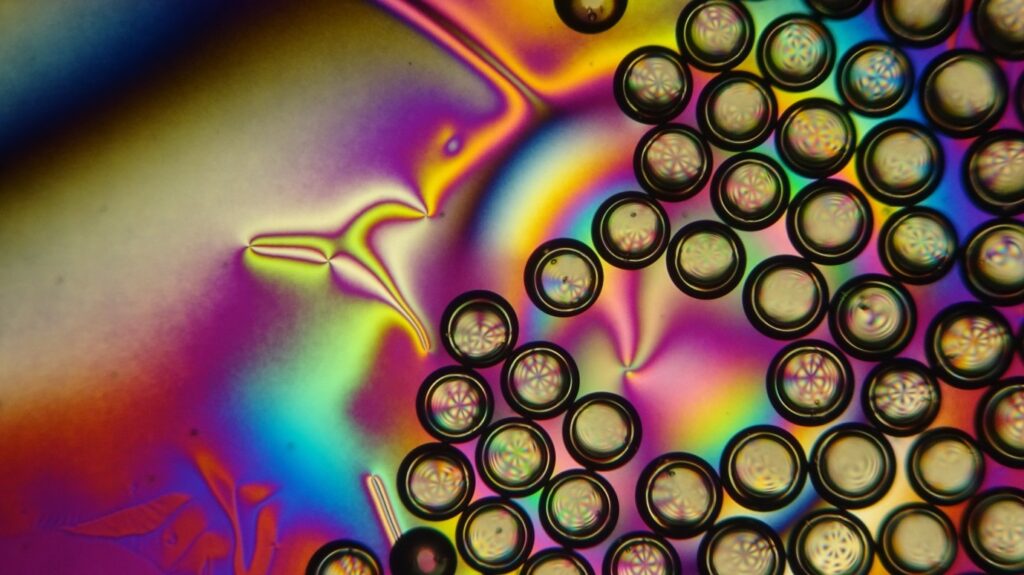 The European Research Council, set up by the EU in 2007, is the premiere European funding organisation for excellent frontier research. Every year, it selects and funds the very best, creative researchers of any nationality and age, to run projects based in Europe. The ERC offers four core grant schemes: Starting, Consolidator, Advanced and Synergy Grants. With its additional Proof of Concept grant scheme, the ERC helps grantees to bridge the gap between grantees’ pioneering research and early phases of its commercialisation. https://erc.europa.eu

A mathematician develops new algorithms that allow the analysis of encrypted data without ever having to decipher it—a crucial point to ensure their confidentiality.

Anja Leist wants to find out how to resist the decline of our cognitive abilities in old age. Her international research has already achieved a first result: improving education helps prevent problems occurring decades later.

Politicians and voters in the countries of Ex-Yugoslavia are still referring to conflicts which happened two decades ago. A political scientist wants to understand why and how to let go of the past.

A chemist wants to use solar energy to produce hydrogen from water. His idea? To draw inspiration from the molecules that allow plants to grow and animals to breathe.

A physicist has developed a new theory of thermodynamics to describe the microscopic world. It explains the astonishing efficiency of biological motors in our cells, improves the efficiency of chemical reactions and reveals the concrete role played by this abstract concept: information.

Most scientists need no introduction to the prestigious funding schemes offered by the European Research Council – they have been described as one of the success stories of the European research funding framework and have become a global beacon of excellence in blue sky research. Luxinnovation can help researchers in Luxembourg with their ERC proposal.

Physicist Daniele Brida develops ultrafast lasers to follow in slow-motion chemical reactions and the inner working of electronic devices. This new kind of microscope allows the observation of phenomena at the nanoscale that were until now just too fast to be seen – improving photovoltaics and electronics devices.

Chemical compounds can have several stable forms – with dramatic consequences. A physicist at the University of Luxembourg can predict when this can occur: he has develop methods to precisely calculate the stability of molecules. These tools are now used by hundreds of scientists worldwide. They could also help understand why the new coronavirus is so contagious.

Machine learning algorithms seem all-powerful, but still function passively: they merely analyse the data they are fed with. Björn Ottersten makes them smarter by letting them actively probe their environment. His work aims to improve sensors of self-driving cars, sharing of mobile bandwidth and Internet traffic.