The number of genes possessed by the trillions of microbes in a human body outnumbers the host’s genes at least 150 times, justifying the comparison of the microbiome to a second genome – or even an overlooked organ. Global microbiome research over the past 15 years has therefore focused on answering a single question: are our microbiota affected by our health status, or are they are actively involved it?

Ground-breaking research has provided a new road map for investigating human health and disease as the diversity and universality of microbial organisms have emerged. As a result, the study discipline itself has moved from a marginalised field to one with the potential to unlock some of the most basic unknowns in health-related research.

The microbial community of bacteria, viruses, fungi and other microorganisms that live on and within human beings are now thought to have a profound impact on people’s susceptibility to diseases ranging from inflammatory bowel disease to diabetes, multiple sclerosis, cancer, anxiety, autism, obesity, schizophrenia, Parkinson’s disease and AIDS.

“Given the growing consensus in the scientific community that the microbiome plays an important role in governing human health and disease, as well as in affecting drug treatments, information about the microbiome’s structure and importantly function will be integral to any personalised or precision medicine approaches in the future,” says Prof. Dr Paul Wilmes,  research leader and head of the Eco-Systems Biology group at the Luxembourg Centre for Systems Biomedicine (LCSB) at the University of Luxembourg.

Five papers published by the LCSB are listed as landmark papers in a recent milestone report by Nature on research into the human microbiome, reviewing the entire field as far back as the 17th century. Such research advances by Luxembourg institutions in recent years have established the Grand Duchy as a leader in the development of disruptive new technologies in microbiome research.

In particular, Luxembourg hosted the development and patenting of the Human Microbial Cross-talk model, HuMiX for short: the first model of the human gut to represent the actual conditions and processes that occur within intestinal structures. It was developed by scientists at the LCSB in collaboration with colleagues at the Luxembourg Institute of Health and the University of Arizona in the US.

“The HuMiX setup is really assisting scientists with getting back to basics, which is what they do best,” says Paul O’Toole, professor of microbial genomics at University College Cork, Ireland

“HuMiX, along with our other research on the human microbiome, has put Luxembourg on the map,” adds Prof. Wilmes.

Plants and animals are no longer examined as autonomous entities that happen to host a network of microorganisms – the more accurate pradigm reflects a close biomolecular interrelationship, jointly composed of the hosting body and the resident microbiota.

The collective genomes forge a hologenome, and models of animal and plant biology that don’t take this intergenomic relationship into account are incomplete. If the DNA of people’s microbes is as influential as their own DNA, the researchers exploring the influence of microbial DNA on health and disease are looking in the right place.

The evidence of a symbiotic relationship between humans and microbiota means that reconsidering how to think about – and study – disease is essential. But isolating the ecosystem in order to establish cause and effect, and ultimately take control of the trillions of microorganisms that live inside humans, is no simple task.

Over the past decade, research in this field has shown correlations between changes in the structure of the microbiome and various diseases, including disorders of the intestine such as colon cancer. Correlation has also been demonstrated with extra-intestinal conditions such as Parkinson’s disease and multiple sclerosis.

“The current urgent need of the field is to perform mechanistic studies that can establish strong links between changes in the structure of the microbiome with these and various other diseases,” says Dr Mahesh Desai, head of the Ecoimmunology and Microbiome research group in the Department of Infection and Immunity of the Luxembourg Institute of Health.

This could potentially lead to new treatments, for example through dietary changes or new medications, according to Prof. O’Toole.

“When it comes to conducting research, diet acts as leverage, but when it comes to dietary interventions, people ultimately are more inclined to take a pill than radically change their diet,” he notes.

AI and the harnessing of big data

To be able to effectively harness knowledge of the microbiome for therapy, new approaches to research and new technologies will need to be deployed to provide a clearer and more complete picture of the human microbiome.

“Given the substantial diversity of the human microbiome, the datasets that are generated on microbiome samples are very large and require dedicated machine-learning algorithms,” says Prof. Wilmes. “Artificial intelligence will play an increasing role in harnessing microbiome datasets for diagnosis of patients with, for example, Parkinson’s disease.”

Significant developments in recent years indicate that the next decade of research will focus on the unravelling of causal relationships and the underlying mechanisms governing human-microbiome interaction in health and disease.

“Treatment that starts with the microbiome is entering a really exciting era,” O’Toole says.

“The big vision is to build a stronger microbiome community in Luxembourg and leverage its expertise though interdisciplinary collaborations to treat and prevent diseases that have a connection to the microbiome,” Dr. Desai says. This, he argues, would ensure a lasting socio-economic impact on microbiome research in the Grand Duchy.

Prof. Wilmes agrees. “Research is of course a major focus, but Luxembourg is also becoming highly attractive for microbiome-focused companies,” he says. “The next stage is to be able to control, for example via specific dietary factors, the ecology of the human body to ensure health-promoting effects.” 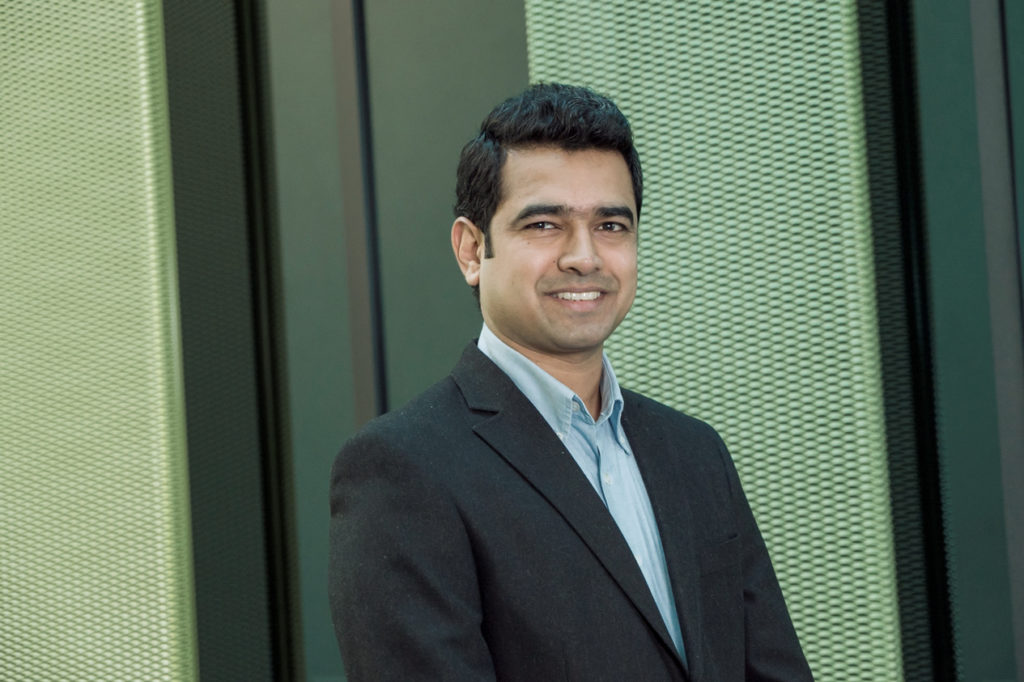