Parkinson’s is a disease of the nervous system, characterised by the premature aging of brain cells that produce the chemical messenger dopamine. Among other things, dopamine controls motor function, and thus the targeted and voluntary movement of arms, legs and other parts of the body. Parkinson’s patients therefore tend to lose the proper coordination of their movements, which also become slow. They can have difficulty swallowing. The ability to make facial expressions diminishes. Many Parkinson’s patients develop tremors, the muscle shaking characteristic of the disease. Their sense of smell and sleep patterns can also be disrupted. 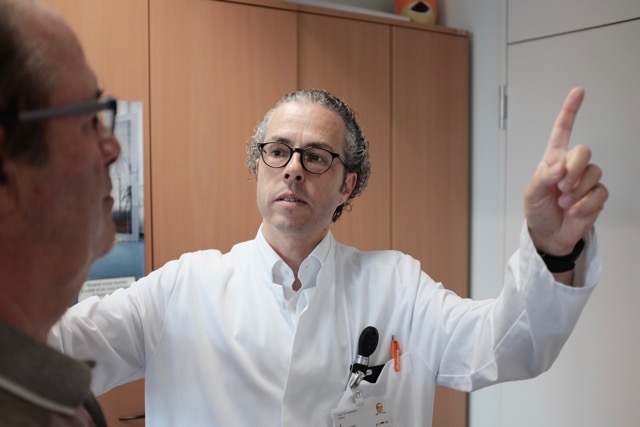 Not all Parkinson’s cases are the same

The symptoms of Parkinson’s disease are highly diverse and differ from one person to another.

“We now know that not all Parkinson’s cases are the same,” says Prof. Rejko Krüger, the coordinator of NCER-PD, referring to the many symptoms of this disease. “It has become clear that we are dealing with not only different constellations of symptoms, but also different causes and many different triggers of Parkinson’s as well.”

These can be genetic risk factors or certain environmental influences, for example. In a small percentage of Parkinson’s patients, the disease can be traced back to mutations in a single gene. Researchers have so far identified 20 genes whose mutations can lead to Parkinson’s. 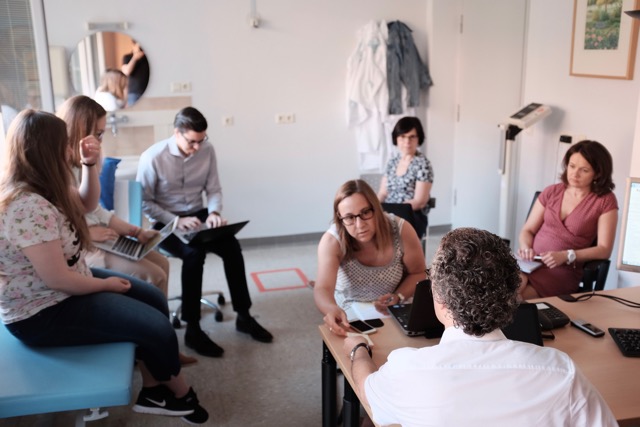 There is still no cure for Parkinson’s, nor is there any way to prevent or stop the disease. Yet, there are drugs and other therapeutic methods that can treat its symptoms well enough for many patients to live for many years with the disease. NCER-PD is helping to continually improve the treatment of symptoms, but the most important goal for the researchers is to find ways to treat Parkinson’s at its root.

NCER-PD is centred around a so-called patient cohort: a group of people who have consented to have their state of health regularly monitored by specialists over the span of many years. The participants give samples of body fluids such as blood or urine. They also take part in clinical examinations that analyse movement sequences and test their attention, memory, vision, speech and sense of smell.

1600 participants in the cohort

The cohort includes people with and without Parkinson’s disease. The regularity of the comprehensive examinations allows the researchers to obtain a precise overview of how each volunteer’s health status develops over time. From this, they aim to identify early warning signs to help diagnose Parkinson’s disease in its early stages, even before symptoms appear. They are studying, with scientific rigour, the long-term effects of certain treatments on the health of Parkinson’s patients. They are also learning what might be effective preventive measures.

The NCER-PD team and its many partners from Luxembourg’s research, clinical and ambulatory care sectors have been recruiting volunteers for the cohort since 2015, with great success. At the end of 2019, more than 800 patients and just as many healthy people had already given their consent. “We need these numbers,” says Krüger, “to ensure we can make representative and scientifically valid statements.” 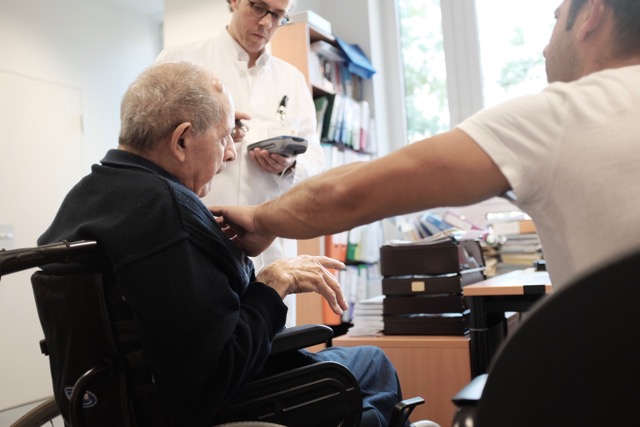 The monitoring of the cohort lays the foundation for the scientific work of the NCER-PD researchers and the publication of their results in respected scientific journals. NCER-PD’s track record is outstanding, as evidenced by an excellent rating from an international review panel last year. As a result, the Fonds National de la Recherche is providing another six million euros for NCER-PD until 2023.

This funding will allow the regular check-ups to continue for registered participants and to be offered to newly diagnosed patients as well. “We are furthermore planning two new risk cohorts,” says Krüger: “With them, we want to identify early symptoms of future Parkinson’s cases so that we can take preventive action when it is needed.”

The researchers already have the first clues as to what could be early signs; now they want to increase the level of confidence. They are looking for volunteers who have a specific sleep disorder, namely REM sleep behaviour disorder. These people talk or shout loudly in their sleep, sometimes also kicking and punching so harshly that even their partners suffer.

People with REM sleep behaviour disorder have a higher likelihood of developing Parkinson’s disease later in life. With the help of this first risk cohort, the NCER-PD researchers now want to gain a better understanding of this correlation.

For the second risk cohort, the scientists are approaching people who have a very specific mutation in the “GBA” gene. Every third person with a mutated GBA gene develops Parkinson’s disease. In the new study, the participants will be offered tests using MRI scans. This non-invasive imaging method allows researchers to visualise structural changes in the brain.

“We want to find out whether such changes already exist in people with the GBA mutation before Parkinson’s symptoms appear,” Krüger explains. “These would be very good early warning signs that would indicate the need for early therapy, and would thus clear new paths towards prevention.”

Researchers from NCER-PD were already are able to find early indicators of Parkinson’s disease using biochemical and mathematical methods. In cooperation with Saarland University, they identified molecules in blood samples from Parkinson’s patients that indicate the disease at a very early stage. These are called biomarkers.

“We already have many biomarkers in sight,” Rejko Krüger reports: “Now we are narrowing the list of potential molecules down to those candidates that can actually be used in future clinical diagnoses.”

During the second funding period of NCER-PD, the Parkinson’s researchers want in particular to make significant progress in the treatment of the disease. An important part of this will be clinical trials in vitro: new active substances will be tested in the laboratory on cells derived from tissue samples provided by patients who have a specific genetic predisposition to Parkinson’s disease. Promising substances from these experiments will then be developed further in clinical trials, with the aim of making them safe and effective for use in clinical practice.

Prof. Krüger underlines the importance of teamwork and thanks everyone involved for the results achieved so far: “NCER-PD’s success is based on the fact that, in Luxembourg, people from different institutions are collaborating in a spirit of strong mutual trust. Furthermore, we have a scientific infrastructure that meets the highest standards. This means we have a great opportunity in Luxembourg to lay the foundations for personalised, tailored Parkinson’s therapies.”