”It all started with RoboTEC in 2007,” explains Nicole Schlichtenhorst, who, as regional manager for PROSUD – a programme for children aged 4 to 12 that brings science into schools in the southern region of Luxembourg – runs all of the activities of this syndicate of eleven communes, yet clearly puts her heart and soul into this particular project.

RoboTEC is a 3 to 6 hour long workshop for primary school children. Starting with a short theoretical introduction on robotics, informatics and mechanics, the workshop rapidly becomes hands-on and by the end, the pupils are able to program robots to run simple obstacle courses.

Nicole Schlichtenhorst and her colleague Lydia Pallucca have a clear idea of what the courses should entail. Together with a number of partners such as the SnT-University of Luxembourg, Science-Club, Déi kleng Fuerscher, l’Association des Mathématiciens Luxembourgeois and the Technoport/FabLab Luxembourg they search for ideas that are then tailored to fit SudTEC’s objectives.

The primary focus of all activities is that the children have fun whilst gaining scientific knowledge. Workshops are to be interactive and allow learning by doing. Ideally, the pupils finish the day not only with a certain affinity for science and technology, but with a material reminder, such as a simple, self-manufactured electric motor, too.

Importantly, the workshops are run within school hours. While this can be an organisational challenge, it ensures availability for all. ”We do not want to be a drop in the ocean,“ says Schlichtenhorst. ”We have taken care to offer at least one workshop for every primary school cycle,“ adds Pallucca.

The programme is clearly successful: starting out with 342 pupils attending RoboTEC in the first year, the number had more than doubled a year later. By 2014, an offer of seven different workshops drew 1,224 pupils and more than twice again that number is registered to take part in 2015.

Participant numbers have risen nearly 8-fold since the beginning and Schlichtenhorst and Pallucca are by no means reluctant to further expand the programme. Animators’ fees, material costs and location rent have so far been covered by the FNR’s Promotion of Science to the Public programme.

Beside a new cycle 2 workshop (KitchenLAB SUD, chemical reactions), the 2015 programme saw one other major addition: through a cooperation with the ScienteensLab run by the LCSB-University of Luxembourg, SudTEC activities now also target high school students. 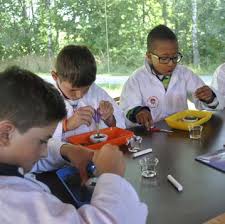 Impressions from a PROSUD workshop

“The enthusiasm and understanding for research starts with the youngest members of our society”, says Elisabeth John who after completing her PhD, built up the Scienteens Lab at the University of Luxembourg, which now receives 2,000 young people per year, showing them a possible career path in science, and throw experiments shows them the importance of making fact-based decisions.

Thanks to a unique exhibition at Luxembourg’s Natural History Museum, palaeontologist Ben Thuy has enriched both the music scene and the world of science.

The Promoting Science to the Public (PSP)-Flagship scheme supports large, multiannual projects that aim to have a lasting impact on Luxembourg’s society. We take a look at the PSP Flagship supported Scienteens lab – a hands-on laboratory for high school pupils. 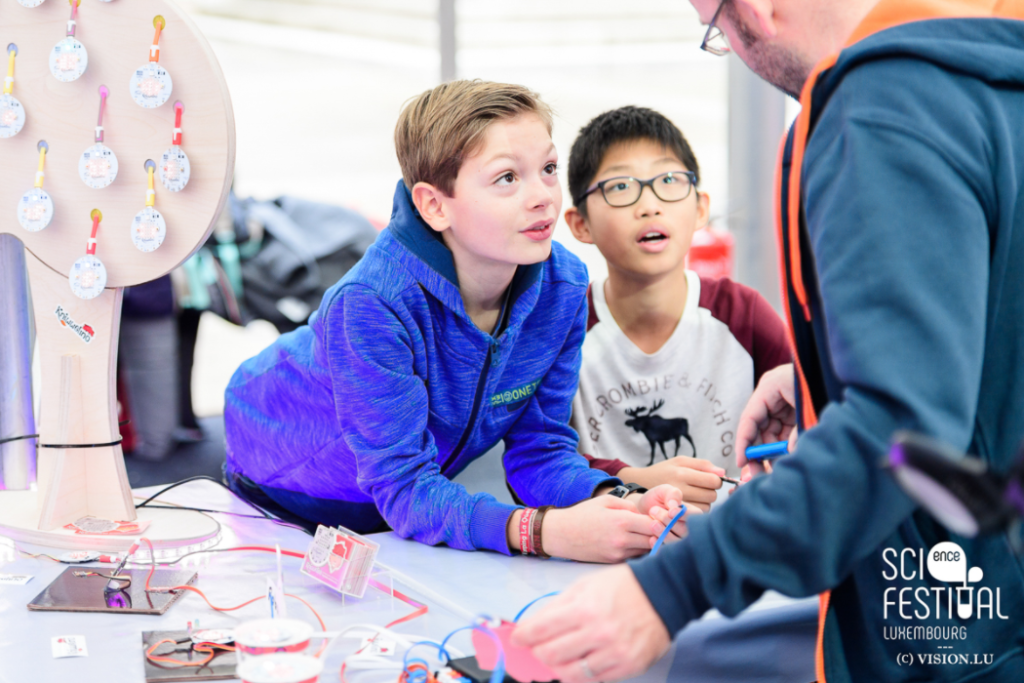 The Promoting Science to the Public (PSP)-Flagship scheme supports large, multiannual projects that aim to have a lasting impact on Luxembourg’s society.

Led by Dr Valérie Maquil, a team of researchers at LIST have developed a programmable micro-controller called ‘Kniwwelino®’, entirely designed for children from fundamental schools and “maisons relais” in Luxembourg. The micro-controller is not only a big success with children, but also introduces them to what will likely become a fundamental skill in the future: programming.

Lifting yourself up with a pulley or feeling electrical tension on your body – all this is possible at the new Luxembourg Science Center, which is supported by the FNR’s Promoting Science to the Public (PSP) programmes.