Luxembourg recently hosted the 2016 NEOBIOTA Conference in Vianden in the north of the Grand Duchy. The conference presented the newest discoveries in the area of biological invasions and brings together distinguished experts in the field. Co-organiser and biologist Christian Ries gives an overview of ‘biological invasions’.

The term ‘neobiota’ refers to biological invasions – species of e.g. plants or animals thriving in an environment not native to them. Biological invasions are one of the components of global change, and can have dramatic impacts on biodiversity and ecosystems. NEOBIOTA 2016 provided an international high-level forum to discuss how invaders respond to environmental change.

“It’s one of the most important conferences about invasive species world-wide – it encompasses all continents and all kinds of living beings, whether it is fungus, plants, animals, bacteria or viruses”, says Christian Ries, biologist at the National Museum of Natural History of Luxembourg and co-organiser of what was the 9th international NEOBIOTA conference.

The excellent reputation of the conference is demonstrated by the number of submissions received: “239 contributions were submitted – we selected the best 56, which will be presented at the conference, while the remaining submissions will be represented as posters”, Christian Ries adds. For three days, researchers delved into discussions about various types of invasive species (the final day is reserved for a field trip to observe local neobiota).

Ries is pleased that to have brought 2016’s NEOBIOTA Conference to Luxembourg, explaining: “This really is the forum that brings together the most distinguished and renowned experts in this field of research”.

The conference presented an important opportunity to strengthen cooperation between the scientific community, conservation agencies, as well as policy and decision makers.

NEOBIOTA 2016 was organised by the Fondation faune-flore and the National Museum of Natural History of Luxembourg. It was supported by a grant from the FNR’s RESCOM: Scientific Events programme, which provides co-funding for international scientific conferences and lectures in Luxembourg.

Foreign animals and plants: the spread of invasive species

Himalayan balsam and foreign mosquitoes: Europe is seeing more and more ‘neobiota’ – biological invasions – and this could present a real problem for the continent.

The culprit is quickly identified according to Christian Ries, biologist at the National Museum of Natural History of Luxembourg: “It’s really always the fault of the humans”. Naturally, climate change also impacts vegetation and animal habitats, Ries admits, “but these are processes that drag out over thousands of years”. The spread of invasive plants however – such as the giant hogweed which originates in Caucasus, the Japanese knotweed, or the Himalayan balsam – are all caused by humans.

“The main cause is the world-wide trade with living plants. And when the plants then go on their trip still in the pots, we also import the fungus”, Ries explains and points out an extreme example involving a Chinese fungus “which originally had no name, but has in a short time managed to pose a threat to the entire Fraxinus (ash) population in Europe.” The biggest identifier of affected trees is obvious withering, which leads to the leaves falling of the trees much too soon. In Luxembourg, the fungus was first seen in 2012, Ries says, and adds: “By 2014, there was pretty much no healthy Fraxinus left in Luxembourg”.

Several research teams are working on improving the resistance of the European ash – like this, at least a small part of the native ash trees are immune to the fungus.

However, it is not only plants and fungus that spread as an invasive species, but also animals – such as mosquitoes, which can spread dangerous pathogens. Ries has experienced this first-hand – last year he was stung by a mosquito in Vienna and infected with the West Nile fever, native to Africa. Ries says it took months before he was back to full health.

“In Germany there are 49 different kinds of mosquitoes – three of them of the invasive kind. We don’t know to what extent this also applies to Luxembourg”, Ries explains, adding “but as Luxembourg is a land-locked country and we have no mountains, we estimate that there are 20 – 30 kinds of mosquitoes here.” How many kinds there really are – and how many are invasive – is being investigated using traps.

Not every new species brought into a country becomes an invasive species or a threat, Ries explains: “Out of 1000 species, maybe 100 survive the first year. Out of these hundred, around 10 manage to establish themselves – and of these, a maximum of one will become an invasive species. They then also tend to ‘nap’ for a few decades before they become active.” The Himalayan balsam, for example, was imported in the 19th century, but did not become invasive until after a significant amount of time.

Europe does not just import invasive species – it exports them too. Just as the Himalayan balsam is spreading in Europe, North America is plagued by the nodding thistle. Especially farmers are annoyed by this thistle, as it spreads across farmland and fields and is difficult to get rid of. The daisy (family of flowering plants), native to the Eurasian landmass has by now also settled in Australia, New Zealand, Chile and South Africa.

This article is based on an article published on science.lu in German and French 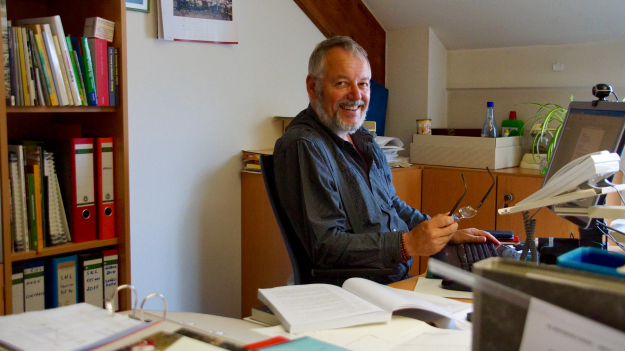 Christian Ries, biologist at the National Museum of Natural History of Luxembourg (MNHNL) 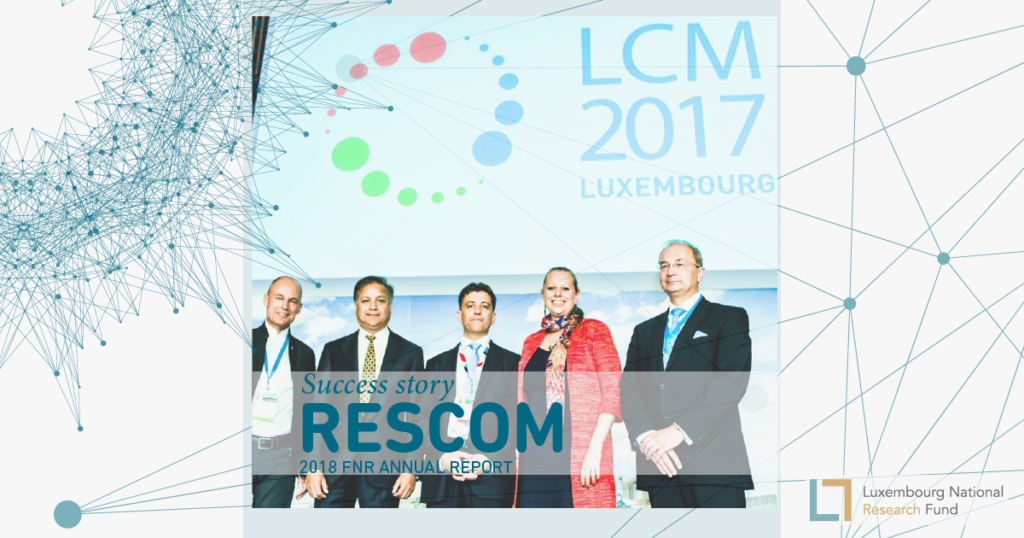 The first days of September 2017 were full of excitement for Dr Enrico Benetto. The 8th Life Cycle Management Conference he had brought to Luxembourg City was an enormous success. More than 700 participants from 46 countries had accepted his invitation to discuss sustainability. Prominent keynote speakers like the Swiss adventurer Bertrand Piccard and the founder of Global Footprint Mathis Wackernagel inspired the audience. The most emotional moment for Benetto came quite unexpectedly when Grand Duke Henri of Luxembourg graced the hall of the European Convention Center Luxembourg (ECCL) to attend the closing event.

In early 2017, a small exhibition in Luxembourg City highlighted a selection of ‘WiSE – Women in Science and Engineering’. Here we introduce FNR PEARL Chair Conchita D’Ambrosio, economics Professor at the University of Luxembourg, who is also featured in the exhibition. 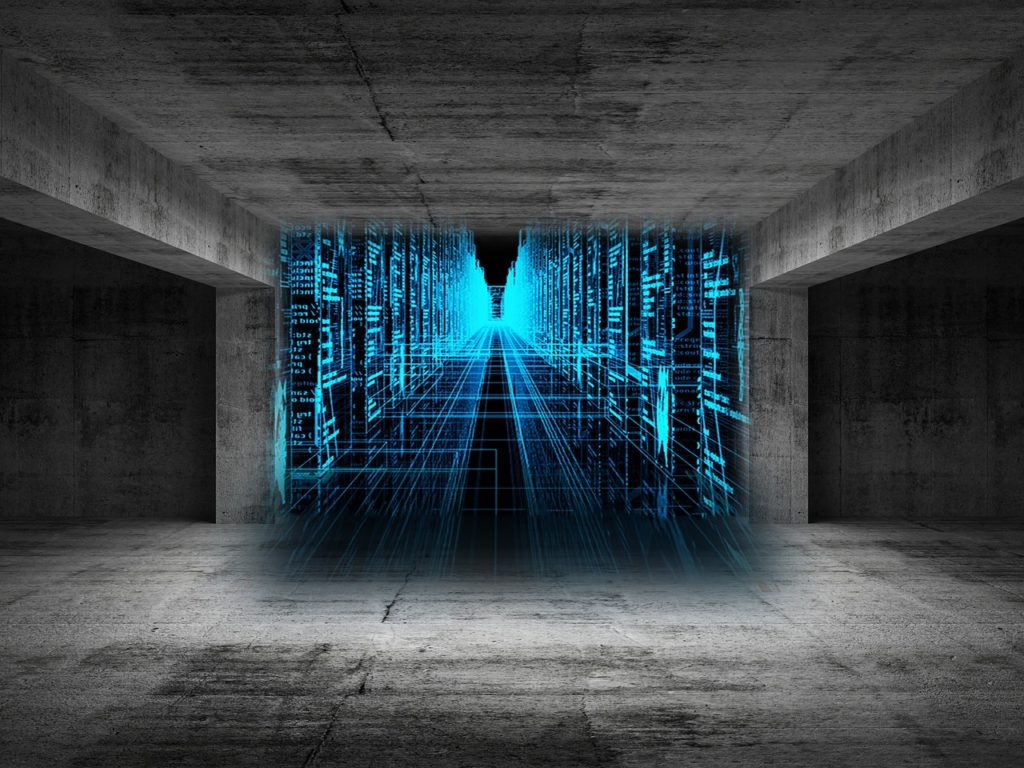 IEEE´s CloudCom is the leading annual conference on cloud computing worldwide. The 2016 edition of the event took place in Luxembourg and saw over 200 international participants came together to discuss the latest developments in big data, security and privacy and other important topics in the context of ‘the cloud’. We took a closer look at some of the topics that were on the horizon. 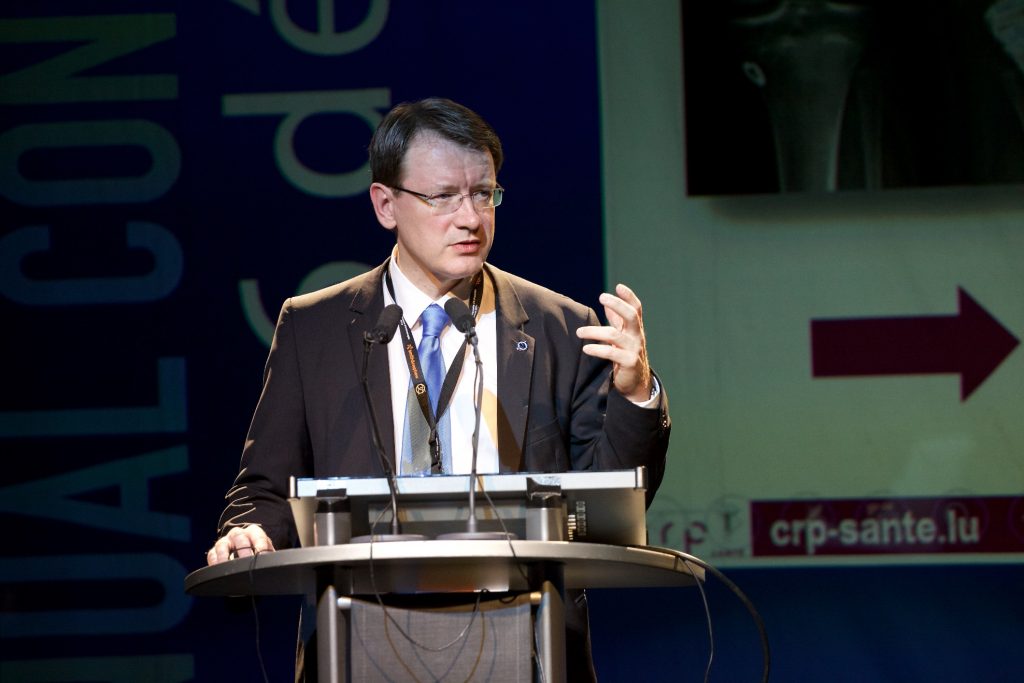 Luxembourg enjoys international renown in the field of arthroscopy.