Ahead of Luxembourg’s general elections on 14 October 2018, it is a welcome development that research has found its way into the political party programmes. In his newest opinion piece, FNR Secretary General Marc Schiltz discusses which role the political parties envision for research in Luxembourg and what future Governments can do to further strengthen this asset of the country.

The new academic year has started, and with it has brought life back to Belval. We have also just seen the opening of a new building – the heart of all universities and previously referred to as a library: The Luxembourg Learning Centre. It is a brilliant Centre, which is much more than just a library – and it is open to everyone, student or not.

The Belval campus receives admiration and recognition from the visitors from abroad that we welcome here. There is no doubt the research destination Luxembourg is becoming another of the Grand Duchy’s assets.

Consensus between the political parties to continue development of research sector

On 14 October 2018, Luxembourg has a general election. I of course had to take a look to see what the different election programmes have to say about research, innovation and the University. It is positive to see these topics have found their way into the election programmes – this was not the case five years ago.

It is delightful to see that there is a consensus between the political parties to continue the development of the research sector over the next years.

The collaboration between the two is already working well, both on the researcher and senior management level.

However, on a Governance level, we are still tied to fragmented structures, where one can wonder whether these are still adapted for the future.

For example, the University and each public research institution still has its own separate governance structure – almost half a dozen different governing boards work, separately, on developing individual parts of Luxembourg’s research strategy. A counterexample to this is Switzerland, where there is one single governing board for two large universities and four research institutions with four times as many researchers as in Luxembourg.

In Luxembourg, government funding for research and innovation – in the public or private sector, as well as for start-ups – continues to be organised completely separate from one another.

These are challenges that a future government – regardless of how it is composed – has to commit to taking on. Reflections on this can also be found in the 2016 OECD report, which unfortunately is barely talked about anymore.

Our research destination has made a name for itself on the international stage in a short amount of time – this is something to be proud of.

The future Government, independently of who it is, has the opportunity to in the long term establish our research landscape as world-class, by setting developing a new framework that makes the most of the synergies between the public and private sector. 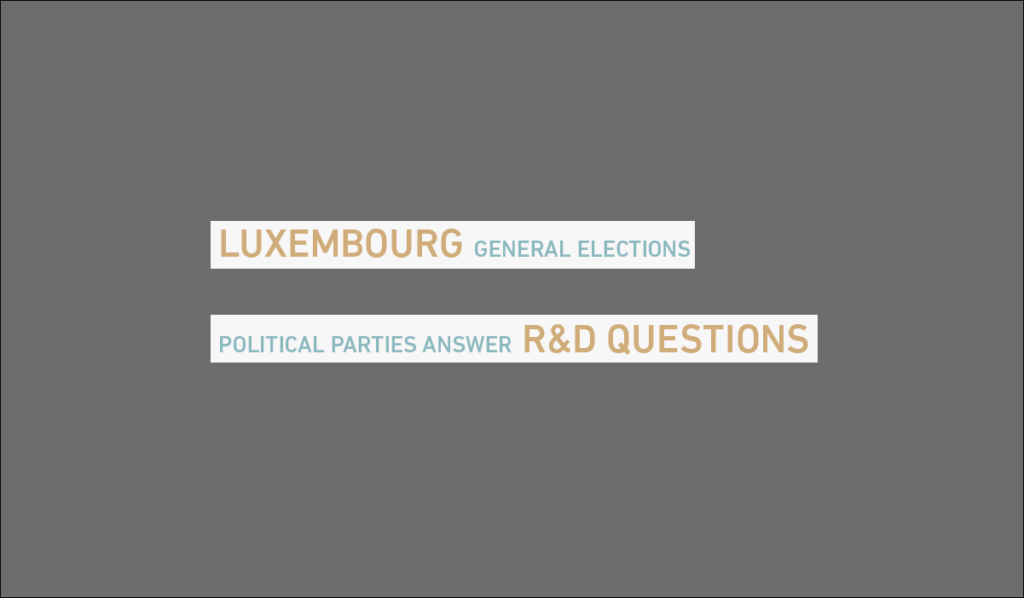