In order to see how Parkinson’s disease feels like, hundreds of visitors tried on a Parkinson suit which simulates the two most representative motor symptoms of Parkinson’s disease: the muscle rigidity and the tremors. At first glance, the suit looks like a race car driver’s outfit. But together with the elbow and knee bands, and the ankle, wrist and chest weights, this suit shows how rigid the muscles and articulations can be, and how difficult it is for Parkinson’s disease patients to move. 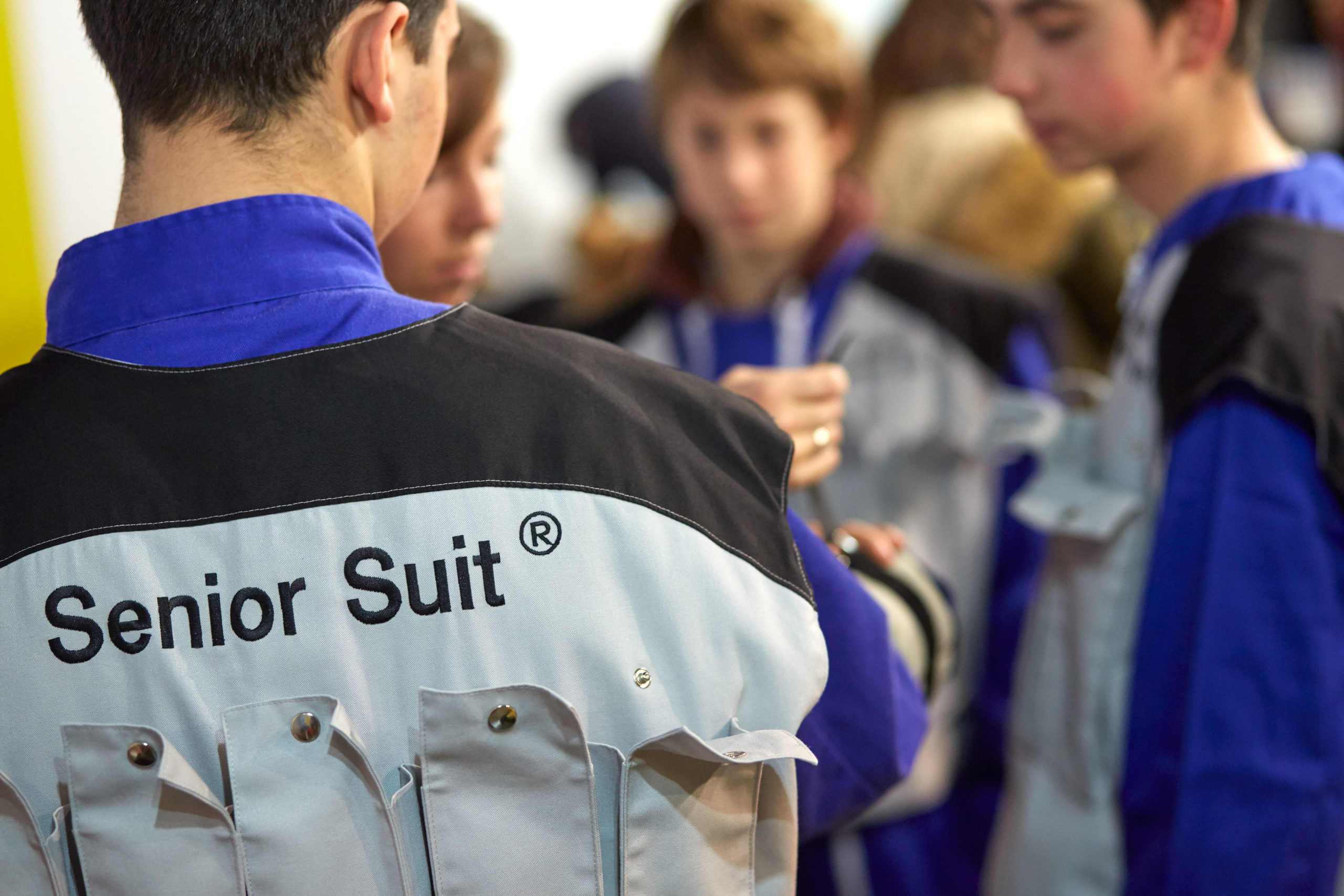 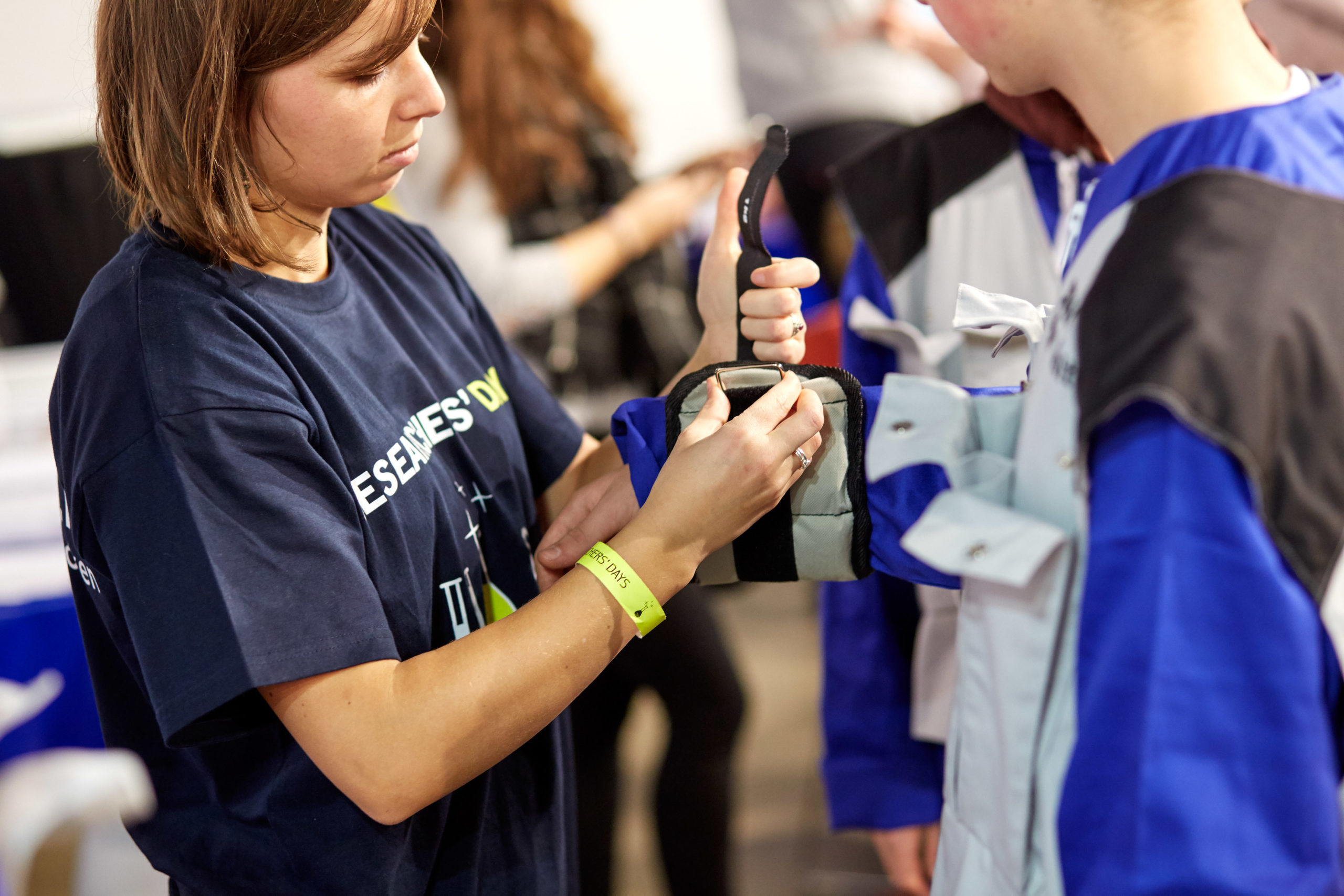 By doing a couple of exercises with the full Parkinson suit on, the visitors realised that simply raising the arm or the leg is difficult, and even the simplest tasks – such a tying your shoelaces or brushing your hair – require a lot of effort. The suit focuses on motor symptoms and can give an overview of how the patients feel in general, but the severity of the disease and the type of symptoms can vary from patient to patient. 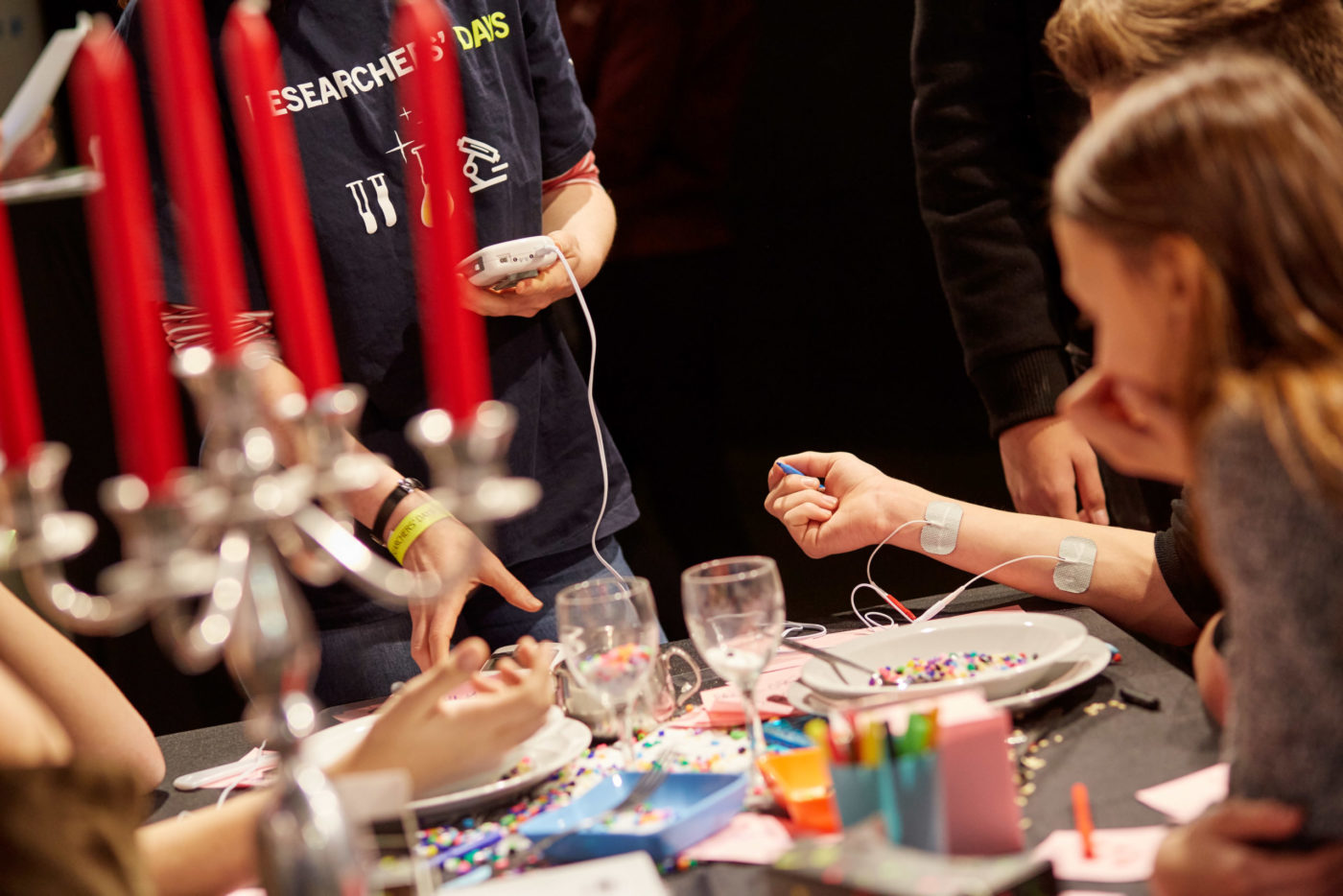 Muscle rigidity is not the only symptom that visitors could experience at the booth. By placing electrodes on the forearm, one could feel first-hand the tremors that are so characteristic of Parkinson’s disease. The tingling sensation coming from the electrodes is quickly translated to a significant tremor of the arm.

This made a simple action, such as moving a teaspoon of salt from a recipient to another, a difficult exercise. While this ended up covering the table cloth in salt and has caused quite some laughter among the younger visitors, it has also managed to make a lasting impression:

“This is not really funny! Since we do not have Parkinson’s disease, it is difficult to imagine what a patient goes through and how much the daily activities can be limited. The Parkinson suit and the electrodes allow us to be in the patient’s shoes.”

Because the disease affects other parts of the body as well, the researchers also showed the test used in the study for other symptoms. The visitors could test their dexterity, their sense of smell and their colour vision, thus understanding how the brain controls the senses and the movements and why they are affected by Parkinson’s disease.

About the Researchers’ Days

The aim of the Researchers’ Days is to encourage meetings and exchanges between the public and the researchers.

Through this event, the FNR aims to anchor science in the Luxembourgish society, to promote research and to attract attention to the omnipresence of science in our daily lives. Contrary to stereotypes, the researchers that participate in this event are happy to explain their work and are open for discussions.

In this environment, both children and adults can learn while having fun, and discover interesting research topics. The first day, which took place on Friday, 2 December, was dedicated to school students, while the second day (Saturday, 3 December) was open to the general public.

About the NCER-PD (Luxembourg Parkinson study)

This article was originally published on www.parkinson.lu, where you can also read it in German and French.

Growing up in Botswana and Zimbabwe, Nathasia Mudiwa Muwanigwa did not see science as a career option. Fast forward a few years: Nathasia is studying Parkinson’s disease as part of her PhD at the LCSB at the University of Luxembourg, and has co-founded a STEM initiative that was featured in Forbes.