Experimental psychology is about conducting experiments to better understand how the mind works. There are different aspects to the mind, such as emotions and memories. FNR ATTRACT Fellow Prof Pedro Cardoso-Leite’s focus is on cognitive abilities: the mechanisms of how we learn, remember, problem-solve, and pay attention.

Research has shown that playing certain types of games regularly can improve how well people pay attention to things around them, but a lot of work is needed to understand the mechanisms behind this, and how this can be leveraged to create games that could be used as interventions for the general population.

Prof Cardoso-Leite explains: “Games can be used as a research tool and a platform to facilitate the collection of large amounts of data, which are critical to both study complex phenomena, and account for the large individual differences that are typically observed across people.”

“Collecting this type of data via traditional means—that is by inviting people to come for testing in the lab—is not a viable option. Many people spend a significant amount of time playing games anyway – most people frequently play some kind of game on their phone.”

‘Mathemarmite’ – understanding the concept of quantities

“We will be using the games as a product to teach. Once we understand how the effects video games have on cognitive abilities can help improve learning, we can use them as a tool to teach and improve learning,” explains Pedro Cardoso-Leite

The first game created by the group – ‘Mathemarmite’ – is a free game available to download from the Apple and Play store. The aim of the game is to help children understand e.g. the concept of quantities, which can help them when they start to learn math in school. The focus on the game is on early math abilities because they are fundamental in future academic and professional success.

Developed in collaboration with experts in children’s mathematical abilities and machine learning, Mathemarmite offers young children an opportunity to hone their counting abilities in a cosy, timeless and friendly environment. As part of the game, kids can follow various recipes and mix specific ingredients in the right quantities in a cauldron to cast spells and discover a variety of monstrous transformations that they can immortalise in a ‘Monster Photobook’.

“The theme of the game involves (not so scary) monsters because we wanted to plant the seed in children’s mind that monsters and math don’t need to be scary and can in fact be the source of fun, creativity and joy,” Prof Cardoso-Leite explains.

Data gathered as people play the game is used to personalise in real-time the individual’s learning experience but is also processed extensively offline to improve Prof Cardoso-Leite’s and his team’s understanding of the human mind and contribute to the development of better educational games for future generations: by playing the game, the children contribute to science.

xCIT: from game design to psychology

The uniqueness of the xCIT research group is in its combination of expertise across various domains ranging from game design and development, to machine learning, data science and psychology. Goal of the research group is to combine the rigour of scientific investigations with the compelling and engaging aspect of commercial digital environments in order to improve our understanding of human learning and to create scientifically validated, efficient learning games and apps that people would actually want to use.

Cardoso-Leite’s vision for the group is to establish a lab that is in part game studio and in part research.

Mathemarmite was released for iOS Android on the App and Play stores on Wednesday, 31 October 2018. The game is free. In accordance with privacy legislation, people who play the game can select different options and decide which information they share, they can also provide anonymous information.

The visuals of Mathemarmite was created by graphic artist and game designer Maxime Magnin. The game’s sound effects and music were created by sound designer Jan Morgenstein. The implementation and development of the game was orchestrated by Aurélien Defossez. Design and setup of backend systems to efficiently and securely store data was led by Brice Clocher.

Pedro Cardoso-Leite’s project ‘DIGILEARN: Scientifically validated digital learning environments’ is supported by a 2 MEUR grant from the FNR’s ATTRACT programme for a period of five years. 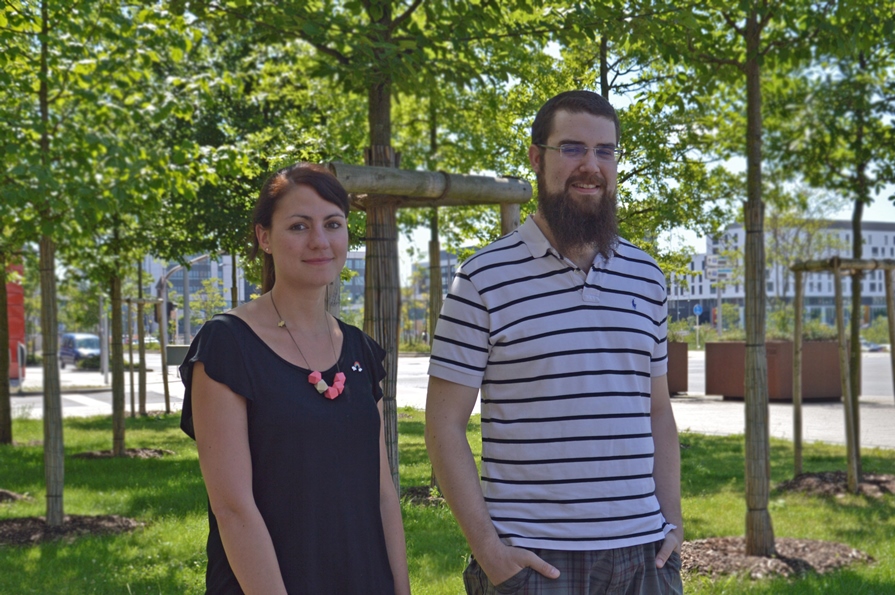