“There are generalisations of the rational numbers which are called algebraic numbers. There is a rich theory for these mathematical objects, and much is still to be discovered. For example, many problems relate to open questions concerning the prime numbers. I have also investigated the so-called elliptic curves, which are geometrical objects (being curves) but also algebraic objects (because the curve is described by an algebraic equation). Here there is a nice interplay between algebra and geometry.”

“My research contributes to the fields “algebraic number theory” and “arithmetic geometry”, which are two pillars for cryptography. Cryptography determines how we secure our data in every-day life.”

“I solved a conjecture which had been open for seven years, and in general I tend to see things that people have overlooked.”

“I have one child. No problems at all.”

Have you ever have you ever been treated differently because of your gender? or maybe found yourself being the only person of your gender in the room? if yes, how did you deal with this situation, or what did you think? did it discourage you or make you feel even more motivated to continue?

“It happened to me to (regularly) have twice as much teaching as a my colleague with the same position but of the opposite gender: the problem got solved when I changed university. I am so used of being the only person of my gender at the canteen’s table, in a meeting, in class that I do not notice this anymore. I take it as a matter of fact. Possibly I am clumsier with other scientists of my gender because I am not used to them.” 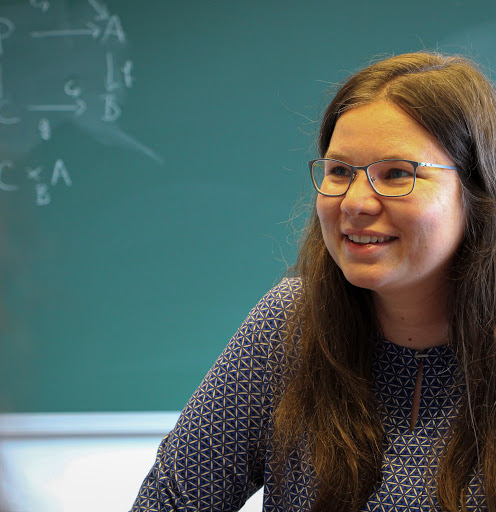 This scientist is Prof Antonella Perucca, an Italian/German national. She started the University in Italy (at the prestigious Scuola Normale Superiore) at only 17, and continued her career in Switzerland, Belgium, Germany with also research visits in France, the Netherlands, and Canada. She became a lecturer at 30, and a professor at 35.

Science has no gender: A telecommunications engineer