Science has no gender, but gender bias is an undeniable issue and can have an effect on the development of a scientific career. We find ourselves making assumptions about gender, based on the scientific domain, or the level of seniority. Do you assume the gender of this scientist based on their profession, or maybe based on their experiences? We present: A scientist in the field of social geography.

“I am interested in the social inequalities created through the ownership of land and housing. For example, I have studied the social changes triggered by the purchase of housing in disadvantaged areas by property investors in England. In Luxembourg, I am focusing on the structure of the ownership of land, and especially the consequences of the highly unequal ownership of residential land for housing production.

“Through my CORE Junior project ‘Territorial Inequality’, I am also attempting to understand the mechanisms that explain the evolution of property wealth inequality in the city of Dudelange.”

“I think it is important to keep a balance between more theoretical work and research that directly feeds into societal and political debates. Both have their importance and should build on each other as one dimension is usually ahead of the other at some point. Sometimes events come to spur ideas that remained underdeveloped, at other times it is the ideas themselves that provide a new interpretation to events. I try to stay alert to the ways in which I can contribute through my academic work to broader discussions of social issues.”

“I don’t think my field uses the term ‘scientific discovery’, with research progressing incrementally, collectively and in response to developments in the world outside of our computer screens. During my time in London, I was at the right place and time and exploring the right data to show how the booming practice of purchasing housing to put it on the private rental market (buy-to-let investments) was causing significant social and ethnic changes. In Luxembourg, I was able in a similar way to analyse data on the degree of concentration in the ownership of residential land just when housing and the issue of its affordability was emerging as topic of societal concern.”

Thinking about the time from University to now, have you ever been treated differently because of your gender? Or maybe found yourself being the only person of your gender in the room? Were/are you the only man/woman in your class, group or lab? If yes, how did you deal with this situation, or what did you think? Did it discourage you or make you feel even more motivated to continue?

“I have not personally felt that my gender led me to be treated differently and I mostly experienced relatively gender-balanced classrooms. The same can unfortunately not be said of the lecturers I’ve had throughout my studies and of the senior colleagues in the Departments I have worked in. These positions have tended to be dominated by men of the majority ethnicity, with things going in the right direction but much too slowly.”

“I have not felt much in my work environment has changed since I became a parent. I am of course much less available for social events and face certain constraints in my daily routine, but this seems rather generalised in a work environment where most of my peers have children.” 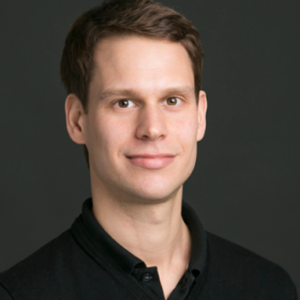 This scientist is Dr Antoine Paccoud, a social geographer with a PhD from the London School of Economics (LSE), who has been at the Luxembourg Institute of Socioeconomic Research (LISER) since 2015. What unites his research trajectory is a concern with the spatial dimension of social inequalities, from an empirical and a theoretical perspective. His research focuses on the points at which the disciplines of geography, economics and urban sociology intersect, with the aim of exploring the insights revealed by the confrontation of different types of data, methods and analytical frameworks. He has published on Haussmann’s transformation of Paris, on gentrification linked to the private rental sector in the United Kingdom and on the application of the ideas of contemporary philosopher Alain Badiou in the social sciences. He is currently working on the mechanisms underlying the long-run concentration in the ownership of land and housing in Luxembourg as part of the project ‘Territorial Inequality‘ supported by the FNR’s CORE programme.

Science has no gender: A telecommunications engineer