Maciej Piotr Chrzanowski never thought he would become a researcher, but a successful attempt at applying for a PhD changed all of that, and the Polish national found himself moving to Luxembourg. Now in the 3rd year of his AFR-PPP PhD, Maciej is embedded both at the University of Luxembourg and in R&D Application Department of steel manufacturing corporation ArcelorMittal, where he works on development of new solutions for structures.

“I must say, moving to a foreign country to work in research was challenging, but I found myself very motivated when I arrived in Luxembourg. The people here were friendly and gave me a lot of support. Besides, the possibility to manage my own project with an aim to develop something new, something which no one else was working on, gave me energy”, Maciej explains when talking about when he first got to Luxembourg, adding:

“I find Luxembourg a great country to do research. Research here is given a high priority by the Government and by the University itself. There are sufficient funds to do a high-quality research and to share your findings on an international scale.”

Maciej came to Luxembourg in the framework of PhD project, funded by the FNR’s AFR-PPP scheme (now called Industrial Fellowships), where the researcher carries out a PhD or Postdoc project at a public research institution, in collaboration with an industry partner (or vice versa) based in Luxembourg.

Maciej’s industry partner is ArcelorMittal – the largest steel manufacturer in the world with a headquarter in Luxembourg. In practice, this means that Maciej physically splits his time between the ArcelorMittal Chair of Steel and Façade Engineering of Prof. Odenbreit at the University of Luxembourg and the R&D Construction & Infrastructure Applications Department at ArcelorMittal with offices in Esch-sur-Alzette.

The research project revolves around two aspects: One aspect is the development of an innovative and efficient type of shear connector, used to connect steel sections with reinforced concrete. The one Maciej is developing is specifically for fully encased steel-concrete composite columns, which are commonly used in e.g. high-rise buildings. Maciej explains the aim is to have a shear connector that makes it less complex to erect structural parts, while also being high-performing.

A key part of this development is testing, which Maciej explains was very stressful – but with results beyond positive:

“Up to the first experimental tests we were not sure if it would work or not. Finally, the performance of those connectors has overtaken our expectations. The applied solution seems to be performing at least two to three times better than the common practice solution. The new connectors are also designed to be used in a much easier way, in a fully automatic welding/rolling process.”

The second aspect of Maciej’s project revolves around investigating the structural behaviour of heavy steel-concrete composite columns with multiple encased steel profiles. Due to lack of knowledge, these structures are out of the scope of the current regulations. Maciej looks at the distribution of internal forces and the stiffness of the heavy columns – essentially testing the deflection and deformation behaviour of heavy columns with reference to the applied loads (see picture 5 further down).

This entails large-scale testing and Maciej explains one specimen with length of nearly 7 meters withstood 60 tons of pressure before it failed. Better understanding how the internal forces are distributed and what the global behaviour of a member is, could lead to a proposal of a novel design method of composite columns.

“My favourite activity would be definitely work done in the laboratory, management of the whole process and finally experimental testing of the previously fabricated specimens”, Maciej says about what he enjoys most in his work, adding:

“For me, it was very motivating and interesting to build the structure myself, know all the smallest details of it and later verify my initial assumptions by experimental testing – it is always highly possible to encounter something extraordinary, surprising and uncommon.

“The whole process could be compared to the exploration journey of a new land – you never know what will be behind the next hill.”

Explaining how it has been to work with industry partner ArcelorMittal, Maciej says:

“Of course, very valuable commercial experience has been obtained over the whole project, but not only. Over this time, I have met many great people. I have received great support from them at each stage of the project, starting with brainstorming in the search for feasible solutions, through material support during the experimental campaign, and finally coming to the point where I joined the R&D team and I even got my own office in the company.”

Right now, Maciej’s focus will be on writing and defending his PhD thesis, but beyond this, his goals for his work are clear – impact:

“I would like to see the real impact of my work on society. Improve the current way of building and the standards, not only in terms of knowledge but also in terms of practice and application.”

“I would like to help our industrial partner ArcelorMittal to introduce, on a commercial scale, a new product developed during my research – a new type of shear connector / new type of steel profile for steel-concrete composite columns.”

“I also cannot forget about the people that I met during my PhD. I would highly want to keep the contact with all of them – they are extremely inspiring and very friendly. It would be definitely a pleasure to continue the cooperation with them.” 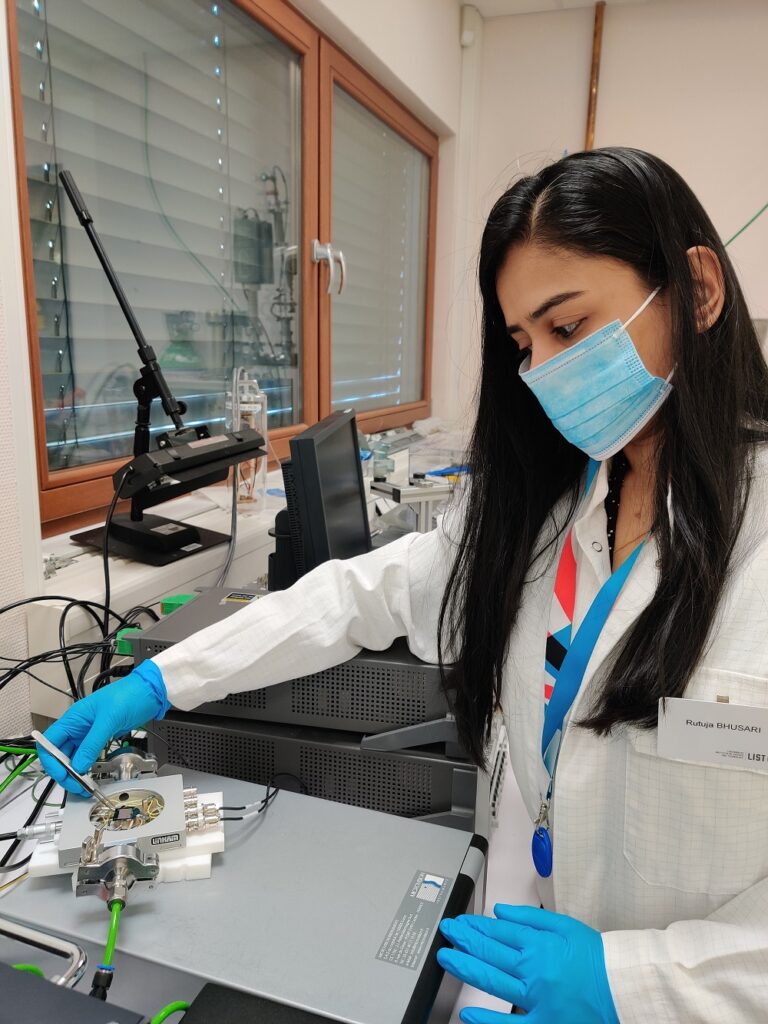