How did you become interested in plants and choose this career path?

“My father is a gardener so this is probably where my interest in plants originally came from. I have two brothers – one went into medicine, the other became a dentist. There are many medical doctors in my family and there was an expectation I would also chose this direction. Surprisingly, I was quite interested in finance, but I was passionate about nature and the outdoors.”

What made you choose plants over finance?

“I found myself having to decide whether I should choose the profession where I would earn well and be able to enjoy the outdoors on my time off, or one where I would be able to make nature and the outdoors part of my work. I chose the latter and studied biology, specifically botany, ecology and environmental systems engineering.”

What do you work on now as part of your ATTRACT Fellowship?

“I am interested in ecosystem functions and how these systems interact with their surroundings. I investigate how climate change and environmental change in general may effect vegetation and water resources.

“The idea is to combine modelling with experimental approaches to gain new insights that can improve our models. I have a postdoc working on the modelling aspect, while each PhD project focuses on a different aspect of plant-environment interactions. Each project can progress independently, but also benefit from ample room for collaboration between the projects.

“One PhD, for example, investigates leaf-atmosphere interactions – something I focused on during the past years – one is looking into root-soil interactions, while another investigates plant water transport principles. These are three key components of a vegetation model.”

What do you mean by modelling?

“It’s an abstract, mathematical, representation of an ecological system. It can for example cover an individual plant, a population, or an ecological community. We develop models to gain a better understanding of the real system and to make predictions based on theoretical understanding.”

In addition to your work looking at how plants interact with the environment, you are also involved in an initiative with the aim of improving environmental modelling. Why is modelling an issue in your field and how are you contributing to solving this issue?

“The issue with models in ecology and hydrology is that they are not general enough. The generality of the model is important if you want to make predictions in a changing environment, which is what I want to do.

“I contributed to a paper about how to improve modelling: I realised it would be great – instead of everyone working on their own models and datasets – to be able to benefit from each other’s models, to be able to take components out of different models and then test them on different datasets. The generality of the model is important if you want to make predictions into the future.

“One of my contributions is to the mathematical part of the modelling process: what happens a lot is that we take equations from different papers, do some derivations and then out of nowhere a new equation pops out, which is then used in many models.

“Over the last three years, I have been trying to pull the models apart again and find out where these equations actually come from, what assumptions they are based on. I have been working on a framework to develop mathematical models in a more transparent and reproducible way, while keeping track of the key assumptions made along the way.” 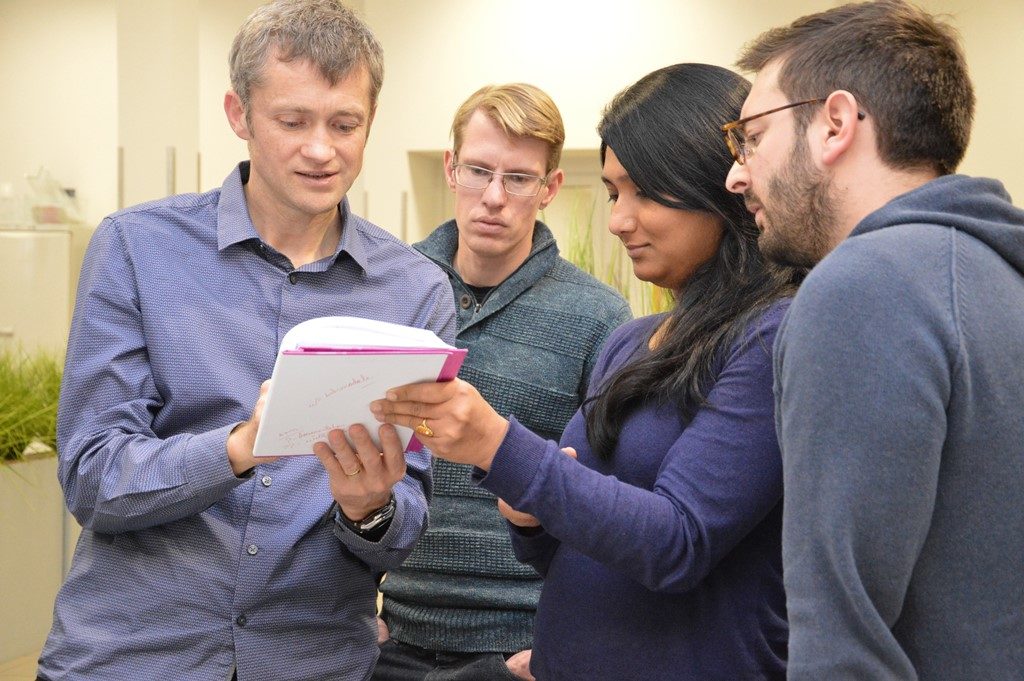 You are currently working toward understanding how different factors affect vegetation. What will you do with this knowledge once you have it?

“I want to understand how vegetation adjusts to the environment, and what you really need to change if you want to achieve a certain effect. I often refer to an example from Australia, where a town wanted their surrounding vegetation to use less water so that more would end up in the groundwater compartment and reservoirs. They thinned out an old plantation of trees as they thought this would reduce vegetation water use. The plantation was thinned out, but this just led the remaining trees to drink more, so the town essentially ended up where they started with trees removed for no benefit.

“I am not a big fan of ‘engineering’ nature anyway – I hope the knowledge I am gathering can at least help prevent mistakes and undesired consequences.”

“I am not a big fan of ‘engineering’ nature anyway – I hope the knowledge I am gathering can at least help prevent mistakes and undesired consequences.”

You have also been working with a Luxembourgish town, can you elaborate?

“Very recently, I was asked by the city of Differdange to help them protect their trees. Due to the drought we had this past summer, a lot of them are dying. This project has a great synergy with one of my PhDs who has just started, who will be looking at water transport in trees, what causes failures and how these can be measured and maybe detected even before they happen.

“The general aim of this PhD project is to understand the costs and benefits of investing into plant water transport infrastructure, but as a ‘side effect’, you also learn a lot about what the vulnerability is to desiccation, insights that could be used for an early warning system to trigger watering and prevent damage.”

Do you prefer being outdoors doing fieldwork or in the lab studying your samples?

“It’s a combination of the two, but my favourite part is the analysis, finding out what it all means. On the other hand, interacting with nature also gives me new ideas that I would not get when looking at data alone.”

Your wife Emma Schymanski is also a scientist?

“Yes, we got married toward the end of my PhD studies in Australia. Emma was working as an environmental engineer and did not really plan to leave, but when I got an offer from the Max Planck Institute for Biogeochemistry in Germany, she decided to use this opportunity and embark on a PhD in chemistry. That is where our dual science career really started.”

Since then it has been important for you to do your science in places where there are career opportunities for both of you.

“Yes – we always said we would only leave Switzerland (where we went after Germany) if there was something available for both of us. With the ATTRACT Fellowship and my wife taking up a position at the LCSB at the University of Luxembourg, our careers finally converged on Luxembourg, an opportunity too rare to turn down.

“When our temporary contracts in Switzerland were coming to an end, my wife had an incredible offer from the UK, at the same time as I won the ATTRACT fellowship in Luxembourg. We considered the route where you work in one country and have your family in another, but decided to do our best to avoid such a situation. Emma set her eyes on Luxembourg and quickly found a position at the LCSB, before I even signed my ATTRACT contract.

“I have been moving around most of my life, which has its advantages, but you also miss out on having a home. When I found out about ATTRACT through Laurent Pfister, I was excited about the prospect of building a long-term future in an interesting place. Since my research interests align very well with the Catchment and Ecohydrology group at LIST, I put together my best research ideas, a dream team of supporters, applied and – with a sufficient portion of luck – won the fellowship.”

Soon after you arrived in Luxembourg, your wife also successfully applied for an ATTRACT Fellowship, making you the first couple ever to both benefit from this scheme.

“Yes, it’s a unique opportunity, especially as our fields are so different!”

“I have been moving around most of my life, which has its advantages, but you also miss out on having a home. When I found out about ATTRACT, I was excited about the prospect of building a long-term future in an interesting place.” 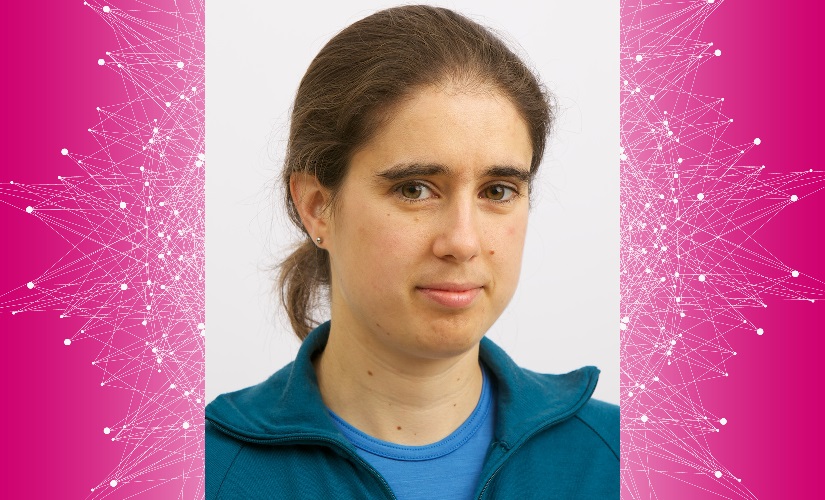 Your work is directly linked to the impact that a changing climate has on nature. What are your thoughts about the current attitude toward climate science?

“I find two things quite worrisome: One, some scientists see themselves as advocates of a certain political action, thinking they have to communicate in a certain way to make politicians take certain decisions. In my view, the role of a scientist is to present the facts, and then let the others decide – based on facts. We have a duty to push for what we feel is the right political decision – as citizens, but not as natural scientists.

“The other thing that worries me are campaigns where people are trying to discredit solid science in order to push their own agendas. In the US, for example, after Trump took office, the Environmental Protection Agency (EPA) was suddenly pressured to discontinue certain information services, because the facts didn’t suit the new administration’s policies. I am seeing with horror the tendency to discredit facts to make way for alternative facts or appeal to emotions instead of reason.”

What positive impact do you think technological innovation could have on your work?

“There is still so much to be learned about plants, and the ever smaller devices being built are giving us the opportunity to look at things on increasingly small scales. I think at some point it will be very beneficial to be able to learn from nature at those scales. I am interested in producing something to test or improve our understanding of nature, whereas engineers may be more interested in using nature’s ‘tricks’ for engineering purposes. Here I see a lot of unexplored room for synergy and mutual benefit between natural scientists, material scientists and engineers.”

“There is still so much to be learned about plants, and the ever smaller devices being built are giving us the opportunity to look at things on increasingly small scales.”

PhD in Environmental Systems Engineering from the University of Western Australia

Secures 1.7 MEUR ATTRACT Consolidator Grant for project ‘WAVE‘ and moves to Luxembourg to set up research group at Luxembourg Institute of Science and Technology (LIST) 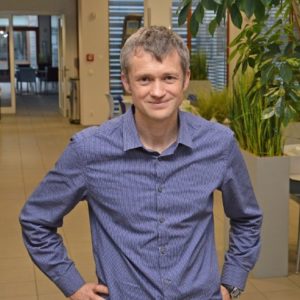 The ATTRACT programme is designed for researchers not yet established in Luxembourg, who demonstrate the potential to become leaders in their field of research. The scheme offers promising junior researchers the opportunity to set up their own research team within one of the country’s research institutions. The financial contribution by the FNR can be up to 1.5 MEUR for Starting Investigators (Postdoc & Junior Researcher level) or 2 MEUR for Consolidating Investigators (Established Researcher level). In the 2018/19 Call, the FNR expects to be able to fund 2 projects. Projects have a lifespan of 5 years.  Find out more