Home | Our News | The story behind the FNR Award trophy

Starting with the 2017 FNR Awards Ceremony, the FNR said goodbye to the ‘ecosphere’ trophies that were previously given out and instead chose a completely new design that embodies the history of Belval, the FNR, innovation and research in Luxembourg.

Up until 2016, researchers got a shrimp-filled ecosphere as a trophy for them to display in their lab or office. But as nearly the whole Luxemburgish public research is now gathered on the Belval Research and Innovation Campus, we wanted  to switch to an award that ideally would link the past and the present of this site: firstly steel – which for many years in the 20th century contributed to the development and richness of Luxembourg – and secondly, the sole natural resource Luxembourg has in the 21st century – knowledge.

The result is a two-piece, 3D-printed unpolished steel trophy, assembled in a 3D polymer plinth, the latter being poplar and maple plated.

The new trophy was designed by Rodolfo Baïz was made of steel from 2017-21, with the 2022 awards made of aluminium. The awards are 3D printed in Luxembourg at 3Dprint.lu. 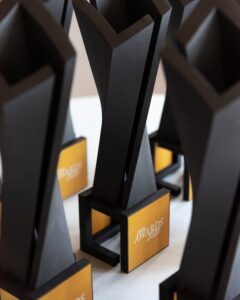 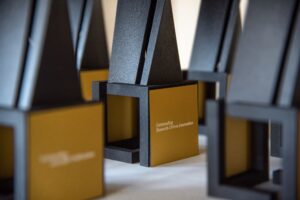 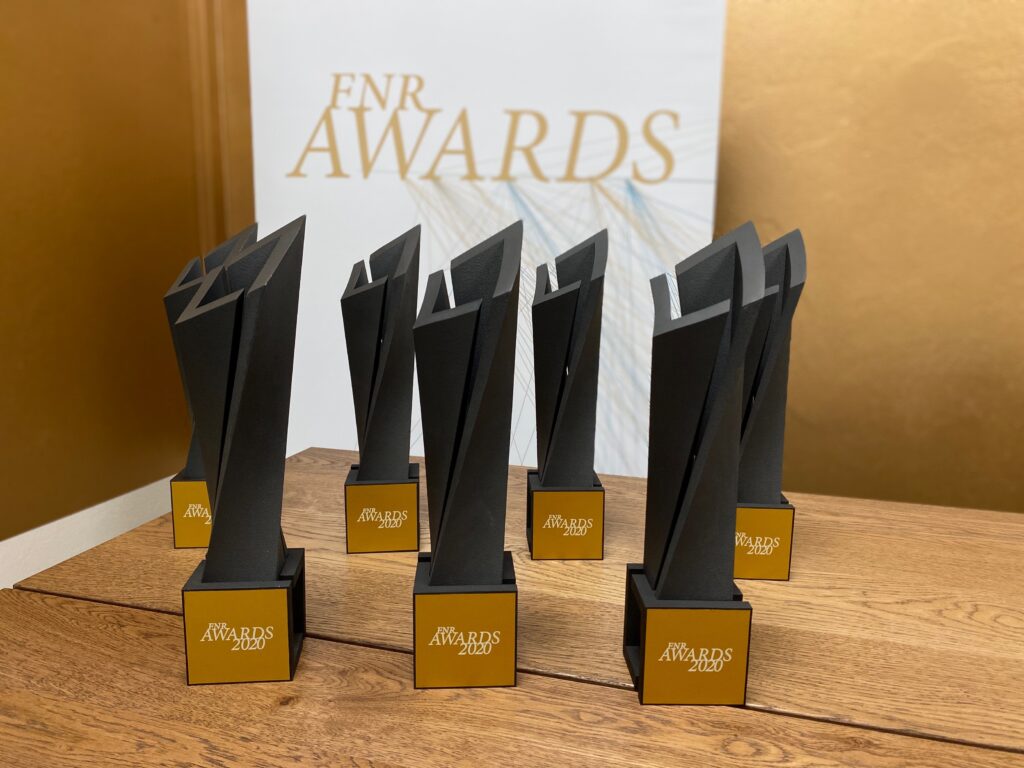